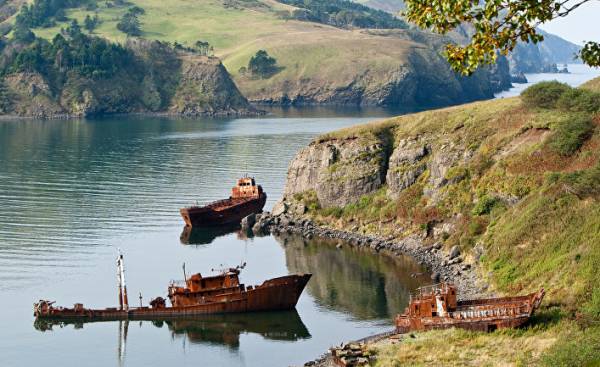 On March 13, the President of “Business Russia” Alexey Repik answered the questions of our newspaper. He stressed that the prerequisite for a joint business activity on the “Northern territories” is respect for Russian sovereignty. The Japanese side requires to create a “special system”, which will not hurt the Japanese sovereignty, but, apparently, the Russian business community take this negatively.

In December last year, Prime Minister Shinzo Abe and Russian President Vladimir Putin came to an agreement to start discussion of joint economic activities on the “Northern territories”. 18 March in Tokyo will start intergovernmental consultations on this issue.

Mr. Repik cited as desirable areas for joint economic activities, the development of tourism: construction of hotels on the Islands and so on. During the summit in December, the parties also agreed to discuss cooperation in such fields as fishing industry and farms for the breeding of fish, however, Repik said that this will lead to the depletion of marine resources, thus demonstrating their negative attitude to this project.

However, he noted that it is possible to open sea regions near the “Northern territories” by the Japanese fishing as a form of tourism.

Commenting on the settlement of the problem of “Northern territories,” Repik said: “It should not harm Russia’s security”. These words take into account the hints of Putin’s administration, which seeks to settle the territorial issue on the basis of the Soviet-Japanese Declaration of 1956, handing Japan the Islands of Habomai and Shikotan. “The Russians can’t allow a situation in which territories for a long time belonged to Russia, there will be foreign military bases,” — said Repik.

As for the plan of economic cooperation of the eight points proposed by Prime Minister Abe to President Putin last year, the President of “Business Russia” noted: “Over the past several decades the Russian-Japanese relations is maximally intensified. Bilateral cooperation should be strengthened in order to overcome the stagnation in the Japanese economy”.

Repik is also the head of the Russian-Japanese business Council, which cooperates with the Federation of economic organizations of Japan.