In Indonesia happened a tragic accident – a fire on the boat, which was carrying tourists, killed 23 people, reports Sky News.

It is noted that in addition to the victims there are now 17 victims. In addition, 98 people who were on the ship, was saved.

Boat with tourists heading to the Islands North of the Indonesian capital Jakarta.

As the head of the local rescuers, the fire has happened from-for short circuit in a power generator on the boat.

We will remind, recently in Indonesia there was a strong earthquake. Tremors of magnitude 5.1 on the Richter scale occurred in the Western part of the Indonesian island of New Guinea.

In addition, shortly before the New year, in the Central part of Indonesia, more than 100 thousand people were forced to leave their homes due to flooding. Natural disaster caused the closure of the airport, damage about 20 thousand buildings and two bridges. 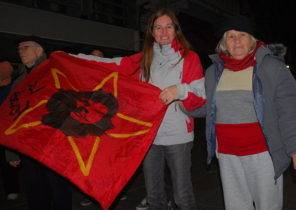