The story of the poisoning “Hawthorn” in Russia was a dress rehearsal of national mourning before the crash of Tu-154 in the Black sea. Such opinion on air of “echo of Moscow” shared a Russian publicist Alexander Nevzorov. “I saw tragedy and bigger, and bigger body, so it’s a special impression has not made”, – he said.

The writer said that everyone, “if there is no rules enforcement of sorrow”, has the right to refer to any event as it sees fit.

“I honestly don’t see the point in the story about his feelings in the first place. Although we see this desire to talk about their feelings impressed and very constructive things, in particular, has created a brilliant and very courageous text of Arkady Babchenko, who should probably give the palm in courage, first and foremost. Despite the fact that this is the man who does not really can be regarded as Russophobia because he fought for Russia in Georgia and Chechnya, and was wounded, and, believe me, I experienced all the possible ways to love this country. He couldn’t, and he honestly tells about it” – said Nevzorov.

He added that he does not see any blasphemy in the words of the journalist Babchenko, and noted that Russia has already “rehearsed” grief during the mass poisoning of perfume concentrate “Hawthorn”.

“If you remember the story of “Hawthorn,” she somehow fatally, of course, by accident, but turned out to be a rehearsal for a nationwide mourning. That’s the attitude Iceweasel “Hawthorn” as if that would have rehearsed the pain and sadness, which then has been materialized in more established, larger scale”, – said Nevzorov.

We will remind, the aircraft of the defense Ministry, on Board of which there were 92 people – the Russian military, the performers of the Alexandrov ensemble and the representatives of the Russian media, flying on new year’s concert in Syria, was wrecked on 25 December in the Black sea.

After the crash of Tu-154 journalist Bozena of Rynska in Facebook thanked “God for a bonus in the form of the crew of Ntwork”. This post has been criticized in the Russian media, in the Internet appeared the petition with the requirement to deprive the Public of the Russian citizenship. In turn, Bozena of Rynska said that during the persecution of journalists lived in a state of siege, had made several suicide attempts and lost the baby, so do not regret said.

Also started to collect signatures for the deprivation of citizenship Babchenko, who was not happy about the death of Russian military and journalists, but said he does not feel sorrow. 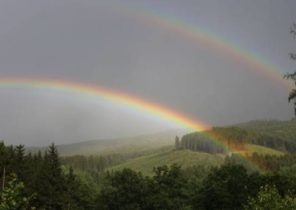 In Ukraine will be warm and almost dry