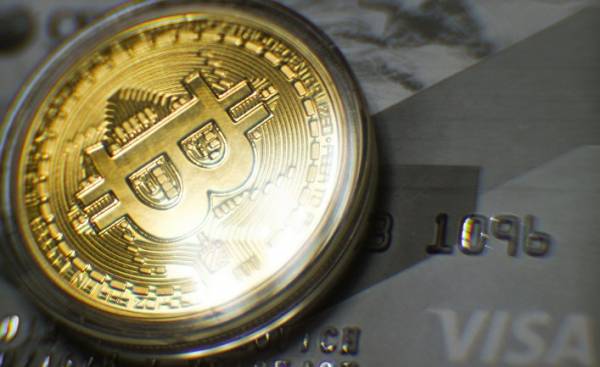 This family, apparently, has a genome of foresight. Father, Robert Prechter (Robert Prechter) once predicted the stock market crash of 1987. He did this by applying the theory of the so-called Elliott waves, technical method for the analysis of financial markets. Because he was so successful, he named his son Elliott. And he, for his part, made in 2010, the fatal prediction: in a time when hardly anyone knew what a bitcoin, the cost of which amounted to only six cents, he predicted his Grand rise and also was right.

Now, however, Elliott Prechter (Elliott Prechter) predicts exactly the same Grand sunset digital money, the biggest advantage of which is that they can be used to make payments to bypass the Central exchange instance and thus anonymously. Prechter does this in a time when everywhere in the Empire the so-called cryptocurrency blazing fire. Whether this crisis is overcome, can be solved in a few days. For August 1, will take innovation, with major consequences in this strange parallel world, which has gained in recent years around the world millions of supporters.

Prechter confused especially the price explosion in crypto-currencies in recent months. With the beginning of the year until mid-June the bitcoin price has increased three times from nearly 1,000 to about $ 3,000. Then the rate sharply decreased and fluctuates about a mark in $ 2,500.

However, more dramatic was the development of other digital currencies, for example, ether, number two in market capitalization. The price has risen from eight dollars to almost 400 dollars — an increase of 50 times in six months. Meanwhile, this again dropped the course two times to about $ 200.

“Change of course and the crazy sentiments that led to the current prices, left in the shadows even the Tulip fever in Holland almost 400 years ago,” says Prechter this development and suggests at the same time on a giant speculative surge in prices around the Tulip bulbs that swept in 1637 Holland and ruined thousands of people.

The success of bitcoin has led in recent times, he said, to what was created and developed further 800 or more clones, most of which served only to empty the wallets of investors, continued Prechter. “Nevertheless, investors are enthusiastically grasping at them.”

In reality, bitcoin has become almost the object of speculation primarily for diligent managers of hedge funds that are willing to put in everything that promises profit. Michael Novogratz (Michael Novogratz), one of the most brilliant representatives of this sector, therefore, has invested about 10% of its capital in cryptocurrencies.

To pay online, which was originally intended bitcoin and similar means, on the contrary, they are still hardly used, but when used, often criminals. Thus, only during the period from mid-July detectives identified in the United States two largest online platform for trade in drugs, information from hackers and weapons in the so-called Darknet, which carried out the payment first of all cryptocurrencies.

Others use digital currency mainly for the flight of capital: 80% of transactions carried out in recent years in China, most often to the way to avoid strict control over the circulation of capital and to bypass the authorities to bring the money outside the country.

All this does not look like a healthy market. So at the beginning of this week, investment Bank, Investmentbank Bank of America warns its clients against risks. “Such hazards as fraud, hackers and open theft plagued the world of cryptocurrencies”, — stated in it. And, really, the hackers stole only a few days ago 153.037 a share of the digital currency the ether almost cost 27 million euros. While Herman Klimenko, one of the advisers to Russian President Vladimir Putin, claimed at the beginning of the week in one interview that from 20% to 30% of the computers infected by viruses which are designed to produce bitcoins.

The rationale is that their generation — the so-called mining — occurs when the computers have to carry out certain operations. The more bitcoins you already have, the more costly this process becomes. Although other experts on the Internet I doubt about these Klimenko, his comments testify to the increasingly critical attitude of the official authorities to cryptocurrencies. Still, in most countries suffer bitcoins.

And finally there is also the danger that the Internet-currencies will destroy themselves. They can ruin the fact that they operate decentralized. There is no Central control, no organization, which would deal with internal regulation. Now it has become a problem for bitcoin.

For August 1 should be created a broad new version of the software for conducting transactions with bitcoin. They still often took a very long time, since their power was limited. The new version will eliminate this. However, the old system is beneficial primarily to those who provide the infrastructure, the so-called bitcoin miners. Because the more time it takes to conduct a transaction, the higher value of this process and it is beneficial to them financially.

Meanwhile, apparently, the compromise, according to which the capacity will be initially increased only slightly. However, it is not yet clear whether everyone will participate in it. For he who before 1 August will not change his software, will be separated. And then in the future, there can be two options bitcoins — with serious consequences.

“If bitcoins will be divided into two digital options, as bitcoin miners will not be able to agree on a joint standard, the credibility of bitcoin and its value will decrease”, — so now warn their clients of the analysts Bank-of-America. The coming days will be decisive in the matter, will survive cryptocurrencies, or they were only a brief episode in the world speculators.