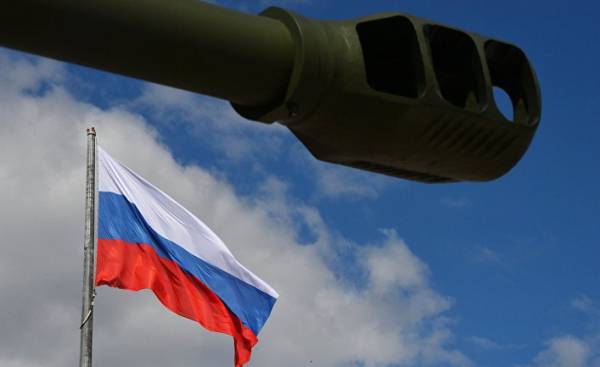 The head of the American CIA arrived in Moscow. The exact reasons for the visit are unknown. At the same time, there is information, mostly from & nbsp; American officials, that Russia is again concentrating troops and & nbsp; military equipment near the Ukrainian border. Are the negotiations in & nbsp; Moscow and & nbsp; the movement of Russian troops in the & nbsp; south connected? Of course, this is possible, but first, let's take a closer look at the situation. Is the spring scenario repeating itself (relations between Russia and & nbsp; Ukraine became very aggravated when Moscow transferred a large military contingent to the & nbsp; border), or is there something new before us?

To begin with, it is worth recalling who refutes the next pulling together of Russian troops, and & nbsp; then the situation will become even more interesting. Moscow, as expected, denied accusations of & nbsp; concentration of troops near Ukraine. Kremlin spokesman Dmitry Peskov said that he did not & nbsp; want to “ waste time on & nbsp; acquaintance with & nbsp; such low-quality stuffing. '' He also said the following: “ Russia did not & nbsp; threaten anyone and & nbsp; does not threaten, nor & nbsp; does not & nbsp; pose a threat to anyone. The Russian Armed Forces are located there on the & nbsp; territory of the Russian Federation, where it is recognized as necessary and & nbsp; expedient. Even more interesting is the fact that & nbsp; Kiev refutes statements about & nbsp; pulling Russian troops to & nbsp; Ukrainian borders. The Minister of Defense of Ukraine said yesterday: “No disturbing movements of Russian troops near our common borders have been & nbsp; noted.”

Then where did this information come from, if even Ukraine, which, of course, “ knows best '' refutes it? As I already wrote, the information came from & nbsp; American leaders who are responsible for & nbsp; monitoring Russian troops near the Ukrainian borders.

The first to publish this information yesterday was Politico and & nbsp; cited images of the commercial satellite company Maxar Technologies in & nbsp; as evidence. However, I will note that with & nbsp; this kind of “ evidence '' you need to handle with caution, because in the past it happened more than & nbsp; times that such materials were thrown in for counterintelligence purposes. Let's turn to the & nbsp; content of the publication: “ New images confirm another concentration of armored vehicles, tanks and & nbsp; self-propelled artillery together with & nbsp; land units, which are concentrated under & nbsp; the Russian city of Yelna near the border with & nbsp; Belarus. The formations moved there in & nbsp; the end of October from & nbsp; another region of Russia where they are stationed, including the elite 1st Guards Tank Army & raquo;, & nbsp; & mdash; says the & nbsp; text.

Foreign Policy, in turn, reports that images, both & nbsp; satellite and & nbsp; from the site, appeared at the & nbsp; end of last month and & nbsp; confirm a “ significant number '' Russian weapons near the Ukrainian border. At the same time, it is said that the purpose of this concentration of forces is unknown, but & nbsp; is reminded of & nbsp; the same concentration of Russian troops last spring.

As for the spring, the situation was very tense then. Russia has deployed a large contingent, claiming exercises are underway. For several days, tensions remained, and & nbsp; authorities in & nbsp; Kiev were probably preparing for a & nbsp; possible armed invasion. As a result, nothing & nbsp; happened, and & nbsp; Russian troops left, and & nbsp; Moscow briefly explained that “ the exercises were successfully completed. ''

Analyzing the spring escalation, we can say that these were not & nbsp; just “ exercises '', but & nbsp; a check of the Ukrainian allies. Moscow, of course, wanted to know what the United States and & nbsp; NATO would undertake in & nbsp; if a real war broke out in Ukraine, especially when & nbsp; provided that this war was not & nbsp; necessarily provoked by the Russian side. The war can start for & nbsp; ambiguous reasons and & nbsp; be like & nbsp; short-term war (ten days) between Russia and & nbsp; Georgia in & nbsp; 2008. Georgian President Mikheil Saakashvili then took a very risk by sending troops to the & nbsp; part of the country where the Russian population lived. He was sure that the West would protect him, but everything turned out quite differently. During the lightning operation, Russia threw back the Georgian troops, and & nbsp; Georgia lost two regions (Abkhazia and & nbsp; South Ossetia), which separated (today they consider themselves independent states, although it is clear that these are Russian protectorates).

Something very similar can happen in the & nbsp; east of Ukraine, where there are also two regions, Donetsk and & nbsp; Luhansk, which could join & nbsp; Russia, like & nbsp; Crimea, in the & nbsp; case if an open war begins between Russia and & nbsp; Ukraine. Of course, judging by & nbsp; everything, it would be a much larger-scale conflict, since Ukraine, although & nbsp; is smaller than Russia, but & nbsp; is much stronger than Georgia.

In general, it can be assumed that Moscow sent a strong army to the & nbsp; Ukrainian border this spring to test the reaction of the West. And how did he react? Sluggishly. Several American and & nbsp; NATO ships appeared in the & nbsp; Black Sea, and & nbsp; followed by numerous statements about & nbsp; Ukrainian sovereignty, and & nbsp; German Chancellor Angela Merkel again joined in the settlement of the situation & hellip;

The spring escalation ended peacefully, but & nbsp; events could unfold much more dangerous. It is clear that these troops at & nbsp; borders can lead to a disaster in the & nbsp; case of some unplanned incident.

Is the spring scenario repeating itself now? It's hard to say with & nbsp; confidence. Especially because now only Americans are talking about the & nbsp; concentration of Russian forces, and & nbsp; these statements can be false. This could be a throw-in for & nbsp; the development of a scenario or & nbsp; to put pressure on & nbsp; Russia in & nbsp; in accordance with the & nbsp; stable theory of the “ Russian threat. ''

Let's assume this information is true. In connection with & nbsp; what did Moscow take such a step? Some people believe that in the spring only preparations were made for & nbsp; real action. True, it's hard to believe that Russia now needs a conflict with & nbsp; Ukraine. But, of course, if you looked for arguments in & nbsp; favoring the invasion, they would be found. First, winter is coming, and & nbsp; Europe, like & nbsp; and the whole world, plunged into & nbsp; deep energy crisis. Russia is & nbsp; & mdash; the main supplier of energy carriers, and & nbsp; therefore, it is better to “ not make Russia angry '' (in vain). Maybe someone in & nbsp; Russia felt that now, when the dependence on & nbsp; Russian resources has increased, the perfect moment has come for & nbsp; radical steps, since the other side will not dare to act? Something like & nbsp; minimum is allowed.

Something has changed since yesterday. Yesterday & nbsp; we had satellite images, statements from some media & hellip; And today a representative of the US State Department said: “ We are aware of the disseminated information about the & nbsp; movements of Russian troops near the & nbsp; border with & nbsp; Ukraine, but & nbsp; I find it difficult to say what Russia's intentions are. However, as & nbsp; our administration has repeatedly emphasized, any escalation or & nbsp; aggression will cause great concern to the United States. ''

Jake Sullivan, American National Security Adviser, also spoke briefly on this account. According to him, over the weekend, the Biden administration consulted with & nbsp; advisers and & nbsp; partners, and & nbsp; all of them still “ support Ukrainian sovereignty and & nbsp; territorial integrity. ''

It is worth recalling that Russian troops appeared, or rather their appearance was reported, immediately after the & nbsp; Ukrainian troops first used Bayraktar drones. TB2 for & nbsp; attacks on & nbsp; separatists in & nbsp; Donbass. Yes, the name 'Bayraktar' TV2 sounds familiar: it's about glorified Turkish drones that Turkey sold to Ukraine this year. These drones have proven to be & nbsp; extremely effective in & nbsp; Libya and & nbsp; Nagorno-Karabakh & nbsp; & mdash; in & nbsp; two hot spots, where Turkish drones prevailed over the & nbsp; forces, which in one way or & nbsp; helped Russia. Of course, seeing how effective these drones are, Ukraine decided to immediately purchase them. And this once again confirms that in & nbsp; relations with Turkey, Russia needs to keep an eye out. Moscow has been building quasi-partnership relations with Ankara for several years now, although in many aspects their interests do not & nbsp; overlap.

Are numerous Russian units at & nbsp; Ukrainian borders (this spring, more than a hundred thousand soldiers were discussed ), we will find out soon (especially if some new information comes from & nbsp; Kiev). If everything is confirmed, then tensions will rise again. However, the situation in & nbsp; Donbass is such that & nbsp; without that tension is guaranteed there, and & nbsp; when it starts to grow, it's only a matter of time. In recent months (especially after the concentration of Russian forces near the Ukrainian border in the spring), Ukrainian President Volodymyr Zelensky has increasingly called for Ukraine to be admitted to NATO. But any step in & nbsp; this direction will inevitably again lead to & nbsp; pulling of Russian troops to & nbsp; Ukrainian borders, and & nbsp; and & nbsp; perhaps & nbsp; to crossing & nbsp; them, since this is one of the 'red lines', crossing which Moscow will not & nbsp; tolerate.