British historian Ian Kershaw (Ian Kershaw) in his book “Fall to hell” expressive described the destruction of the old Europe during the two world wars. In 1941, with the beginning of the war of extermination against the Soviet Union, this destruction has reached an unprecedented degree of horror.

Kershaw shifted the strategy of Hitler and the German leadership, which was the basis of this horror, on the language of Shakespeare: “If it’s crazy, it’s the system”.

In the crazy world of the Nazi leadership’s intention to wipe the Soviet Union off the face of the earth before Americans will be ready and armed for war against the Reich, it was completely logical. In fact it was a prediction, which itself fulfilled: the harder Hitler tried to dominate Europe to his will, the harder was the German campaigns, the faster staying still in peace peace — the United States will understand that this enemy is impossible to reach a compromise. And so it happened.

Hitler again and again promised the Germans not to open a fight on two fronts, as it was in 1914. In the period between the events in France in 1940 and the German attack on the Soviet Union on 22 June 1941, the British alone resisted the Nazi Empire. Only six months later, began war against the Empire of Stalin, which held, in spite of all the destruction. Hitler’s strategy failed

The oath to Hitler as a secular acceptance of the faith

Why German officers so faithfully followed the madness? They were so proud of his code of honor, its professionalism, its role in the defense of the Fatherland? If this war, except for her criminal nature, she denied the sober arguments of the military mind?

The answer tried to give themselves actors after 1945. According to them, they were misled — the honourable soldiers who followed the orders given, the officers of the “clean Wehrmacht” that had nothing or almost nothing in common with the SS, the Gestapo.

And, of course, they were bound by oath. The oath to Hitler was considered later a kind of secular conversion that never should have been questioned no matter what did the Fuhrer. Sounds like these people along with an oath and gave your mind.

In it, they behaved like soldiers who did what had to do all the soldiers, resisting criminal orders to shoot the hostages in the occupied countries: “Hitler’s Order for the hostages was unanimously rejected.” The General himself contributed to the development of the strategy, according to which in retaliation for real or imaginary guerrilla attacks in response was to shoot hundreds of civilians.

Five of the authors of the Memorandum were among the close circle of the German military leadership, with whom the signatories were quite different relationships. The dictator personally threw Manstein, Warlimont and Halder.

Conservative to the bone, arrogant, full of desire for revenge

Holder have planned and directed the Russian campaign as head of the General staff of land forces until 1942, until the decisive moment, but in 1938 he was even involved in the plot of the Wehrmacht against Hitler in 1945, during the wave of arrests after July 20, 1944, he was in the Dachau concentration camp.

However, in a memo to the assassination attempt on Hitler was seen as a betrayal: “he could Not be the task of leading the officers to break the backbone of the army”. Soldiers had to stay away from politics.

They cannot be reproached for the fact that they were wrong. If they acted like they were under Hitler real life, it was a mistake. “We are talking about a war of extermination, — openly declared Adolf Hitler to his generals on 30 March 1941. We’re not fighting a war to preserve the enemy.” They were planning a war of annihilation in 1941. And this plan was pure politics, of which they in General would lead a policy of genocide.

Later, they were assured that it was only about military operations. But when someone needed to know what was the purpose of these operations, they were known. Many of them, most of us, grew up on the ideals of the German Empire, was extremely conservative, arrogant, full of revanchist aspirations and wanted to wash away “the shame of 1918” — defeat in the First world war.

With the movement of national socialism, even those who were not staunch Nazi had a “partial identity” purposes, as evidenced by the military historian Manfred Messerschmidt (Messerschmidt Manfred). They supported these goals, was approved by a war of annihilation against “Jewish Bolshevism.”

The generals deliberately did not allow delivery of everything you need for the supply of millions of Soviet prisoners of war. And the leadership of the Wehrmacht knew what happened behind the quickly advancing front of a mass murder, a violation of all military rules, war without mercy.

The generals announced the beginning of the war of annihilation

They ordered the soldiers, for example, Erich von Manstein. 20 November 1941, it seemed that Moscow is about to be taken — the commander of the 11th army made this order: “the war against the Soviet army will not be conducted in the usual form, only to European military rules. The soldier must be sensitive to the need of retribution to the Jews, the spiritual media bolshevistkaya terror.”

This document is not an isolated case but the rule. Military leaders pursued a war of extermination, she was not the object of insidious manipulation, abuse by unscrupulous leaders and his clique, as he wrote later in books and memoirs of the generals. It was a big lie, they spread lies about the scale of his own guilt. 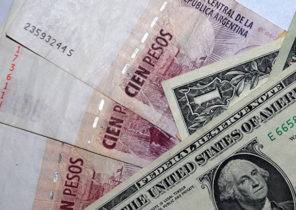