2016 in Ukraine was a year of resignations of Georgian reformers and government officials – has left his post as first Deputy interior Minister Eka Zghuladze and head of the national police Khatia Dekanoidze, the Odessa Governor Mikheil Saakashvili and Deputy Prosecutor General David Sakvarelidze. But one of the most memorable departures in 2016, the year was the departure of Prime Minister of Ukraine Arseniy Yatsenyuk.

Prime Minister Arseniy Yatsenyuk and his Cabinet of Ministers 16 February 2016 the Verkhovna Rada for several hours considered the report at that time the Prime Minister of Ukraine Arseniy Yatsenyuk and the Cabinet of Ministers of Ukraine. In the result, the deputies acknowledged the government’s report is unsatisfactory, however, in order to send Yatsenyuk together with his subordinates to resign, did not have the votes. And, despite the fact that on the eve of this report, President Petro Poroshenko asked the Cabinet to resign Yatsenyuk in his post stayed. However, in April, in his traditional address to the Ukrainian people, he said.

“The political crisis in the country is artificial. The desire to change one person zaslepilo politicians and paralyzed their will to the process of change in the country”, – said Yatsenyuk, stressing that a new government should be a priority for Ukraine’s leadership.

In addition, Yatsenyuk said about the readiness to delegate the powers to the Prime Minister the speaker of the Verkhovna Rada Volodymyr Groisman and the political force “Narodnyi Front” remained in the coalition. Together with Yatsenyuk, under the law, the government left all the Ministers. February 16, 2016 Petro Poroshenko also offered to resign, then the current Prosecutor General of Ukraine Viktor Shokin. The President noted that Shokin had implemented the reforms, which the GPU resisted decades: deprivation Prosecutor General of oversight, the establishment of the National anti-corruption Bureau and the State Bureau of investigation, and so forth, “that on the one hand”.

“On the other, GPU, unfortunately, are unable to enlist the trust of society. And this is why on the agenda is the question of the resignation of the Prosecutor General”, – the President added.

However, according to sources, the United States put Poroshenko ultimatum: either a loan for $ 1 billion, or repeated. In the GPU, this information denied.

Later, the attorney General wrote the statement, but, before leaving, was dismissed and his Deputy, the Prosecutor of Odessa region David Sakvarelidze. The Deputy Prosecutor General Vitaliy KASKO wrote a letter of resignation before the request of Petro Poroshenko about the resignation of Prosecutor General Viktor Shokin. According to KASKO, the last straw for him was another redistribution of duties to the GPU: the public Prosecutor had taken all the functions and tools for management and control of the Affairs over which he started to work his team, including in the case of the so-called “diamond prosecutors”.

Recall, July 5, 2015, SBU carried out a search in the main investigation Department of the GPU. The result was detained first Deputy head of the Main investigation Department of the Prosecutor General, Vladimir Shapakin and the Deputy Prosecutor of Kiev region Alexander korniets. According to investigators, they entered into collusion and corruption received a bribe of 3 million 150 thousand UAH. When conducting searches, they had discovered more than 500 thousand dollars in cash, a Kalashnikov rifle and a melee weapon, a lot of jewelry and diamonds 65, after which the scandalous prosecutors were called “diamond”.

However, in this case KASKO was not working alone, and another Deputy Prosecutor General, Prosecutor of the Odessa region David Sakvarelidze. Its a month later fired Shokin, which in that day were dismissed. One of the grounds for dismissal Sakvarelidze, as reported by the GPU, was a flagrant violation Sakvarelidze rules of prosecutorial ethics, the intervention in the official activities of the other attorney, failure to perform and improper performance of official duties.

Sakvarelidze said in response that his resignation is a signal that “real reforms in Ukraine does not need the ruling elite”.

According to him, they only challenged the existing in Ukraine system and has begun to identify the corrupt among public prosecutors at all levels, regardless of post and communication “I never hid the fact that the time will come and I’ll go. Although believe me in this regard very seriously. I thought, perhaps, I’m flirting and playing hard to get. But some time after our acquaintance, when the Minister and other members of the team realized that it was my decision, and I do not talk, he respected my decision. However, to discourage me from trying – for months. In the same way as others,” she said.

In Ukraine Eka Zguladze was engaged in the police reform. In 2016, he left his post and the head of the National police of Ukraine Khatia Dekanoidze.

“Unfortunately, my powers and the will was not enough for the drastic changes. My function is performed. In this connection, I declare my retirement,” she said.

At this Dekanoidze said that during his work as the head of national police, she has done her best to reform the law enforcement system of Ukraine and to restore confidence in the police.

According to the Minister of internal Affairs Arsen Avakov, the retired former head of the National police Khatia Dekanoidze no surprises – everything was planned.

The head of the Odessa regional state administration, Mikheil Saakashvili In November the ex-President of Georgia Mikheil Saakashvili announced his resignation as head of the Odessa regional state administration. About his decision to leave the post of Governor, he said during a press conference. It was emotional – from the mouth of the official accusations against the Ukrainian authorities were flying right and left.

Mikheil Saakashvili resigned from the post of head of the Odessa regional state administration. Video: Youtube/FastViralShow

Overall, my decision to leave Saakashvili explained the inability to reform – in particular, the Governor reminded about the closure of the citizens service Centre in Odessa. This center unofficially considered his brainchild, however, according to Saakashvili, it was closed because of the law that prohibits such agencies to take money from the population, and which significantly reduced the range of services the centre and limited the possibilities of its financing.

He stressed and e-Declaration that shortly before that rocked Ukraine. “To be honest, for me the last straw was the electronic Declaration. When I see these insolent faces – no more words – which both here and throughout Ukraine declare brazenly that they have billions in cash only, and they get social assistance from the state, from those pensioners who just trembling hands to the last penny collected, to perish with hunger,” said Saakashvili.

However, saying the resignation, Saakashvili promised that politics will not go away – it is associated with the new batch of “Hvilya”. 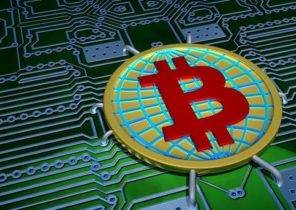 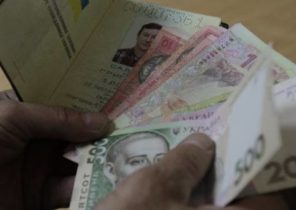