In Ukraine, from November 11, a new commemorative coin of a special issue “Airborne Assault Forces of the Armed Forces of Ukraine” will be put into circulation.

< p> This was reported by the Ministry of Defense of Ukraine.

A 10 UAH coin, weighing 12.4 grams, is made of a zinc-based alloy with a nickel coating. There will be 1 million such coins in Ukraine. 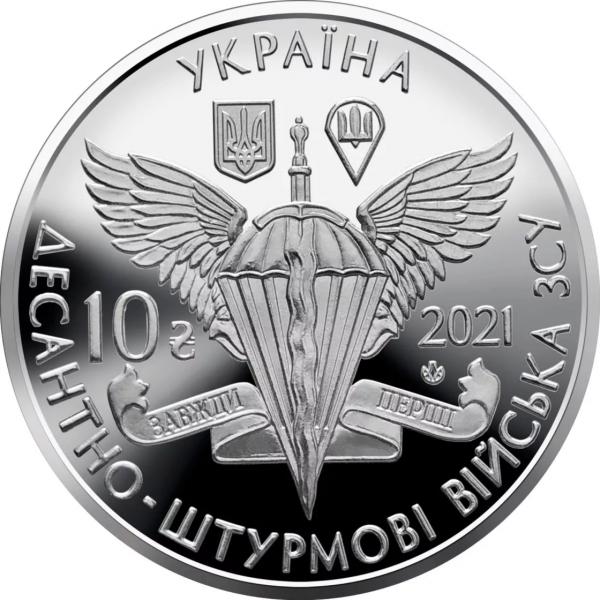 On the obverse of the coin there are:

On the reverse, on a mirrored background there is a symbolic image of a paratrooper warrior in knightly armor, behind which half-spread wings are a symbol of the patron saint of the army – the Archangel Michael.

As we wrote earlier, when calculating with circulating coins in denominations of 1 and 2 hryvnia among citizens of retirement age with low vision and people with visual impairment problems arise. The National Bank planned to start work on changing the design and making these coins more convenient for use.

Recall that in June 2021, the NBU put into circulation four commemorative coins of different denominations at once, dedicated to outstanding personalities and folk art our country.