NABU and SAP can resort to pressure on experts

National anti-corruption Bureau (NEB) and Specialized anti-corruption Prosecutor’s office (SAP) may resort to pressure on the experts to falsify the conclusions of the examination of the alleged damage in the case of “Rotterdam+” and at any cost to take the case to court. About it on air of TV channel “112 Ukraine” said the lawyer of the defense Natalia Drywall, writes “Znaj.ua”.

“We expect that now there is a very strong pressure on experts to ensure that they have confirmed these losses at any price”, – said the lawyer.

According to her, collected for more than three years of pre-trial investigation, the case materials do not confirm any damage from action formula, no super-profits, nor any crime.

Therefore, according to counsel, the NEB may resort even to illegal pressure on the experts to transfer the case to the court and thereby shift the responsibility for fully fabricated case from pre-trial investigation body in court.

“It is very fond of saying prosecutors and investigators: “later in the judgment, you will understand.” Indeed, we in the court will divide, will not leave one stone unturned. This is true because we have conducted more than a dozen fruitful, deep, integrated expertise that do not leave any chance to make this (fabricated under pressure – ed.) expertise has resisted any price”, – said Natalia Drywall.

The lawyer reiterated that the formula “Rotterdam+” could not cause damage, but only reflect economic realities, which were in force at the time.

“We conducted research that examined all possible aspects, all the arithmetic, logical, logistical, and economic issues, which can only be assumed in this case in relation to the study of this formula. Therefore, I believe that such a complex study as this, perhaps, was not in Ukraine. So the end to this case for us is clear, the case should be closed”, – said the lawyer.

However to dismiss the case, according to Trigwell, NABU and SAP may prevent political manipulation that enveloped investigation “Rotterdam+”.

“I believe that now the authorities became hostages of political games and political manipulation,” – said the lawyer.

Recall, August 8, 2020 over the term of the investigation, which lasted for 3.5 years, from March 2017, the day before, chief editor of “Censor.No” Yury Butusov with reference to own sources reported that SAP 3 Aug stopped the investigation because there was no key element, without which it becomes meaningless – examination which confirms the presence of losses to the state.

Earlier it was reported that the NAB for 3.5 years failed to get a single examination, confirming the damage formula “Rotterdam+”. While the defense has provided insights 4 Ukrainian government and international research institutes, which confirmed the absence of damage or unreasonable profit from the action formula.

Previously, information about the absence of findings of examination on losses at the end of June 2020 confirmed by the head of the SAP Nazar Golodnitsky.

Former Deputy attorney General (2015-2016) David Sakvarelidze also said that in the “Rotterdam+” is not a crime, because of what it can fall apart in court. 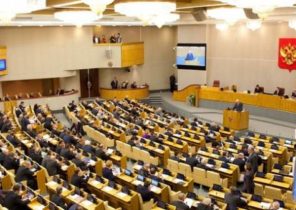 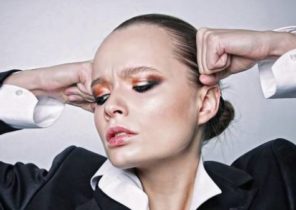