Vice Prime Minister – Minister for reintegration of the temporarily occupied territories Alexey Reznikov said that I would be happy if the first President of Ukraine (1991-1994) Leonid Kravchuk entered the negotiations on the Donbass.

He told about it “the Ukrainian truth”.

First of all he expressed regret that Leonid Kuchma leaves office the head of the delegation of Ukraine in the Tripartite contact group.

“But I’ll be happy if appointed the first President Leonid Kravchuk. I will be very comfortable to work side by side and this will give time to work in the government. I’d like to be in charge was someone from the patriarchs. I am convinced that it’s better for “the Minsk process”. And so my recommendation would be. Me need someone gray-haired man (perhaps a hint of Kravchuk, because he’s grey-haired)”, – said the Deputy head of the Ukrainian delegation to TAG Alexei Reznikov.

As reported “Today” on 28 July it became known that Leonid Kuchma left the post of the head of the Ukrainian delegation to the TAG. It was also noted that he was a few months ago asking to retire. President Vladimir Zelensky named names who can replace Kuchma. Among the main candidates were Reznikov and Kravchuk. However, this issue is being discussed and no decision. The head of state said, what should be the chief negotiator from Ukraine in the pipeline.

Output Kuchma of negotiations on the Donbass commented in Russia. The representative of the Russian Federation in the TAG Boris Gryzlov believes that the second President of Ukraine is the chief architect of the Minsk negotiations and made a major contribution to the resolution of the conflict.

Recall that in September 2018 Kuchma decided to refuse participation in the negotiation process in Minsk, explaining his decision to the critical age. Replaced it with Yevhen Marchuk, who represented Ukraine in the subgroup of the TAG security. However, on 3 June 2019 Zelensky again hooked it up to the negotiations. Look at the video as it was: 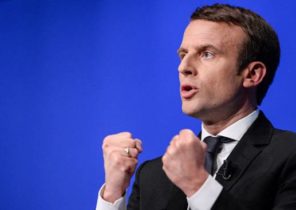