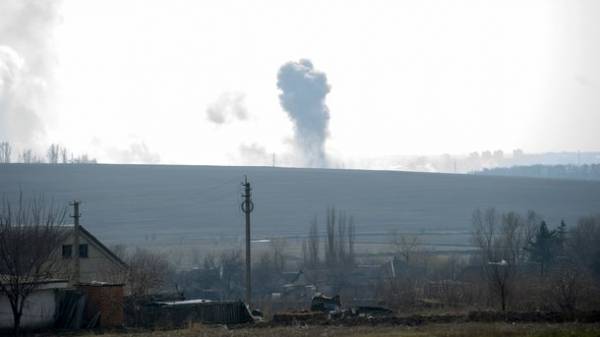 were evacuated from the city of Balakleya (Kharkiv region) and the villages nearby, because of the massive fire and explosions at ammunition depots. For the elimination of consequences of emergency situations attracted 1435 persons and 226 units.

in the center of Kiev on March 23, was killed by a former Deputy of the state Duma Denis Voronenkov, who received asylum in Ukraine and previously testified in the case of Viktor Yanukovych. The killer was shot by a security guard ex-the Deputy. 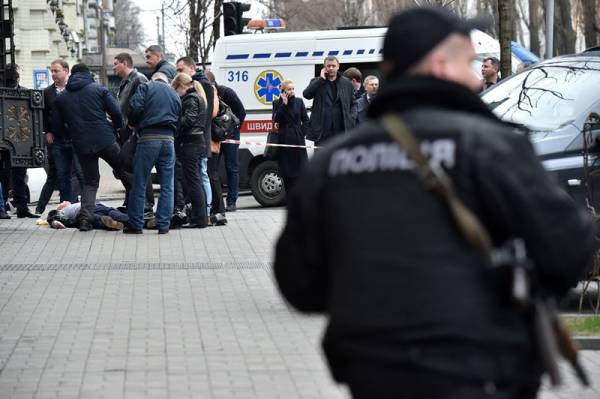 in annual terms, at constant prices retail trade turnover in January-February compared to the same period in 2016, reported the State statistics service. At the same time, compared to January, turnover in February declined by 3.7%, while compared to February-2016 – 1.7%.

a total amount of 3 billion euros launched by the European Bank of reconstruction and development in Ukraine after the revolution of dignity, and the investment Bank’s portfolio in the country amounts to 4.5 billion euros as of the end of 2016.

physical persons – entrepreneurs ceased operations during the period from 1 January to 1 March, but registered a 78 thousand new. According to the Minister sotspolitiki Andrey Reva, more than 90% of those who legally stopped registering in the last years were not performed economic activities and have not declared the income, was closed only about 20 thousand entrepreneurs who lead activities.

planning to recruit in the patrol police during the beginning of the competition. Select the new police officers to the traffic police and patrol for Kiev and Odessa.

the total amount of the subsidies meant to compensate families for housing and communal services in January-February annually, to 1 billion 636,1 million. The average amount of subsidy per family in February rose by 15.9% and amounted to UAH 1571.

made up irretrievable losses of the Soviet population as a result of factors of war: the 19 million soldiers and 23 million civilians – such data are contained in the report “the Documentary basis of the National project “establishing the fate of missing defenders of Motherland”, published in Russia.

from the statement by the government about 20 billion UAH. was funded in 2016, the road sector of Ukraine, Minister of infrastructure Vladimir Omelian. This year is already 15 billion UAH. still the same there is a real chance to.

NBU has lowered its forecast of GDP growth for 2017 in connection with a trade blockade ORDO. The drop could be more, but it is partially compensated by the improved situation on foreign markets. The estimate of GDP growth for 2018, on the contrary, improved from 3% to 3.2%. Growth in 2016 according to the revised data of the state statistics was 2.3%. Simultaneously, the national Bank has confirmed the forecast of inflation for the current year at 9.1% and next 6%. Similar to the macroeconomic forecast made in the Cabinet. These calculations are transferred to the International monetary Fund for a solution to the question of the issuance of a new tranche.

industrial production in Ukraine in February compared with the same month in 2016 after six months of growth, including in January of this year the growth was 5.6%, reported state statistics Committee.

from 1 April the rates coal-fired power plants for electricity generation, while gas CHP they will not change. The decision of the national Commission explains the increase in coal prices.

from 1 April the rate of power generated by hydroelectric and pumped storage power plant – from 27.93 to 21.7 kopeks kopecks. for 1 kWh (without VAT). 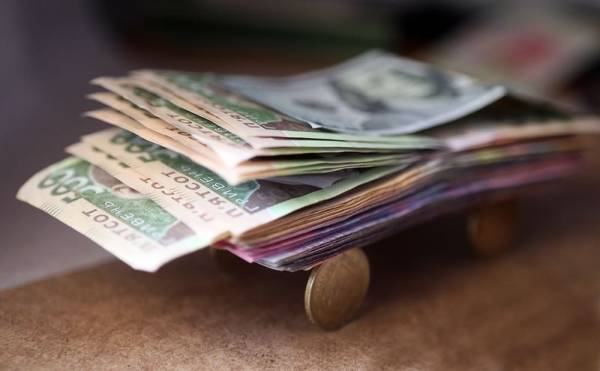 insurance companies for the sum more than 30 billion UAH. as at the end of 2016 are illiquid and have a very low level of yield and reliability, according to the financial services Commission.

The UK will announce the launch of “breccia” using 50-th article of the Treaty of Lisbon. Thus begins the country’s withdrawal from the European Union.

such a financing package for African countries South of the Sahara approved by the world Bank. New credit lines to the region will be used to help in the development of education, basic health care and supply the population with drinking water. In addition, Bank programs will provide assistance to agriculture, infrastructure and institutional reforms in a number of States. It is expected that financing will affect about 450 projects.

President of Belarus Alexander Lukashenko demanded to employ all the unemployed in the country. In particular, replacing municipal vehicles, the exploitation of which, according to the head of the state, is too expensive.

leave on for 25 dollars

the cost of a single entry visa decided the Egyptian authorities, abandoning the plan to raise it to $ 60. The enhancement project has caused negative reaction of representatives of tourist business of the country, who declared that this measure will lead to further crisis in the industry.

last year global sales of art and Antiques, to 56.6 billion dollars, according to a joint study by the Bank UBS and the company Art Economics, commissioned by the organizer of the arts festival Art Basel. Just last year, was held to 36.1 million transactions, 5% less than the year before. The largest art markets in the world were the United States (40% worldwide sales), UK (21%) and China (20%).