Usually the new President or the new government 100 days to show what they are capable. Trump in the first seven days of his presidency, was released from the White house so many decrees and tweets, and “orders” that we can now leave any hope that, taking the White house, he will become more moderate…

Many of these things — clean décor, designed to meet the monstrous ego that is hard to convert into reality. But much of it is reality, just because the world listens to it and adapts to it.

The following picture emerges: the rejection of the foreign policy which the US pursued during the last 70 years — and thus from the world order that has served us faithfully. Historian John Lewis Gaddis (John Lewis Gaddis) called this period “the long peace”, when none of the superpowers were not involved in mutual war, although the superpowers and was several times unpleasantly close to it. And it’s more than symbolic when the entire top, consisting of experienced professional diplomats in the state Department — people who served the administrations of both Democrats and Republicans, just announced that leaves their posts. While a bit unclear: whether have expelled them or they go away themselves.

Here briefly that the new man in the oval office has managed to do in just a week:

Simultaneously, declared “war” media. The turnover started a new concept of “alternative facts” initiated an investigation with alleged violations during the elections… the Result: opponents are furious that the supporters are indifferent, and a lot of people just don’t know any more what they think. And this lack of trust is dangerous in itself.

The major signal of the White house now is that the new President will not feel bound by agreements that are unfavorable for him. This is consistent with his image as a businessman: if he doesn’t like the deal, he runs from her.

His numerous outpourings caused in other countries concerns about what to do. In Germany and Japan, I thought: why not to acquire nuclear weapons, which can give them the protection of Russia and China that the American nuclear umbrella give might not — trump once directly called for it. Thus laid the Foundation for an extremely complicated debate in Europe and Asia.

The big question now is how far the Republicans will allow Trump to come in the destruction of the world order that both parties created from the moment when Roosevelt more than 70 years ago started sketching out the contours of world order that was supposed to appear after the victory in the war.

What the Americans had to try to implement the ideas of Roosevelt. Russian under Stalin was totally uninteresting, and the British too, they were dreams of supremacy over their vast Empire. But the Americans persevered and we found the UN system with permanent institutions, including the world Bank and the International monetary Fund. We have found NATO, GATT, and what later became today’s EU.

The Americans insisted on the decolonization with which England and France, though reluctantly, had to accept. And they insisted that we won’t return to the destructive protectionism of the 1930s. Roosevelt and his successors realized that in order for this to work, the US will have to take part in such volume that American history did not know before. And they understood that an open international economy is not a zero — sum game, but that free trade will benefit the U.S. and its trading partners.

Vulgar wave of “America above all”, which entered the trump, known to us from history. Because such a movement existed in the 1930s, even under the same name — when the naive Mercantile considerations had turned the neighbor in the poor, believing that this will go their own benefit.

Do we need history to repeat itself before we become cleverer? 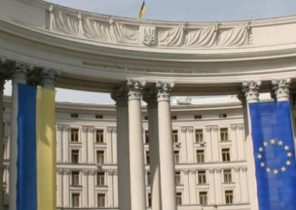 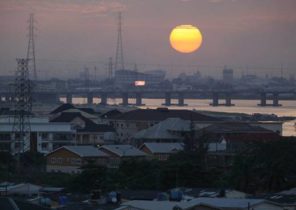