In the last few months much has been done in relation to the exponential growth of the Navy people’s liberation army (PLA), which currently consists of 313 342 or warships, while the composition of the naval forces of the United States consists of 285 ships. China is implementing a bold strategy that involves the doubling of the number of destroyers and even the establishment of their domination of the sea in coming decades.

However, PLA is not the only potential threat to the naval forces of the United States.

In the past weekend, Russian President Vladimir Putin has announced that the naval fleet of Russia will be strengthened and will receive this year at their disposal about 40 ships, and the main attention will be focused on equipping new ships hypersonic strike missiles.

“This year the fleet will be made of 40 ships of various classes, — said Putin, speaking on Sunday on the main naval parade in St. Petersburg (the text of his speech lead the Russian state media). — Unique advantages and enhancing the combat capability of the fleet will be achieved through broad implementation of advanced digital technologies, not having analogues in the world hypersonic shock complexes, unmanned underwater vehicles, through the most effective means of defense.”

Putin also noted that less than two weeks ago, the Russian Navy laid six new ships on three leading Russian shipyards. According to him, new crafts, including strategic submarine and multi-purpose submarine will be equipped with precision weapons.

Bookmark these ships is the latest effort aimed at the modernization of the Russian Navy. The campaign began earlier this month when Russian shipbuilders laid the modernized frigates of project 22350 and multi-purpose submarines of project 886М “Ash-M”. In addition, for the first time in the history of the Navy of Russia was based on two multi-purpose attack landing ship of the project 23900, which can have on Board helicopters, and vertical takeoff and landing fixed-wing.

Two multipurpose amphibious strike ship was laid down at the shipyard “Zaliv” in Kerch. Displacement of each of them is 25 thousand tons, the length of about 220 meters. Although they will still be much less than the aircraft carriers of naval forces of the USA and even less landing shock of the helicopter class “America”, these Russian ships will have on Board more than 20 heavy-lift helicopters and can carry up to 900 Marines.

In addition to the implementation of the modernization program of the Navy, the Russian military has made efforts to develop the most modern jets and other aircraft.

Putin thanked the organizers and participants held on Sunday in the parade.

“I want to thank you, the leadership of the Ministry of defence, the command of the Navy for the preparation and conduct of the chief of naval parade in St. Petersburg and naval parades in other cities,” — said Putin, quoted by TASS.

President Putin also said that the idea of holding such a parade appeared to him in that moment, when he’s on a plane would read about pre-revolutionary events in Russia.

“I came across an article about the Main naval parade, which was held in pre-revolutionary Russia in the roadstead of Kronstadt, — said President Putin. And after that, began training Chief of naval parade in St. Petersburg and other waters. Indeed, it is becoming, or rather has already become a very good tradition, a big celebration not only for the sailors but for the whole country.”

The main naval parade was held on Sunday in Kronstadt in the presence of a small number of viewers due to sanitary and epidemiological restrictions. This festive parade on the occasion of Day of the Navy attended the ships of Northern, Baltic, black sea and Pacific fleets and the Caspian flotilla. In these Sunday parade was attended by 15 thousand people, 219 ships of various classes, 71 of 126 aircraft and combat vehicles.

Peter Suciu — author of articles on military subjects; lives and works in Michigan. 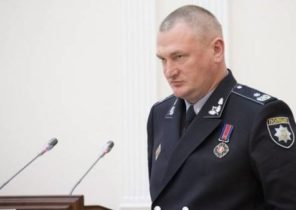 In Ukraine will create a Police Academy