Ukrainian hryvnia difficult times are ahead. No emotion, only a few basic facts and figures.

Strong rate weakening of our national currency, respectively, and even a speculative attack on the hryvnia will increase.

Secondly, in terms of the analysts ‘ forecast of the IMF the level of the fall of Ukraine’s GDP by the end of 2020 to 8.3 percent, and reports that the volume of industrial production in June 2020, compared with the same month last year decreased by 5.6 percent (in may, there was a drop by 12.2%), plus Ukraine sharply reduced by 45 percent, the transportation of gas in connection with the introduction of “Turkish stream” (already lost 15 billion cubic meters of transit gas), and the Ministry of Finance nevertheless on July 23, placed their bonds at $ 2 billion with an astronomical yield of the new issue of under 7.25 percent per annum with maturity in March 2033.

Who will maintain such expensive loans, if the stagnation of the Ukrainian economy already is systemic?! And the key rate of the European Central Bank — 0 interest rate U.S. Federal reserve — 0-0,25 percent, the NBU discount rate is 6 percent. There is a — the classic signs of a financial pyramid.

Thirdly, the Verkhovna Rada persistently delaying the adoption of the law on capital markets and thereby strongly inhibits the realization of hedging (insurance) of risks in the financial market of Ukraine and creation we have organized exchange market. Of course, no major strategic investor, in addition to currency speculators, in a corrupt country does not go down.

Conclusion. As for me, the Cabinet of Ministers of Smugala operates is illogical and, most likely, wants to bury the hryvnia. And then the pandemic extinction of the productive economy of the country.

Alexander Goncharov, the Director of the Institute of economy of Ukraine 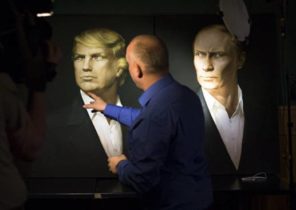