Polar bears can fall victim to a warming climate, earlier than expected so far. In just 80 years the Earth’s largest land predators risk almost entirely disappear if the carbon dioxide in the atmosphere will remain at the current level. This prevents a team of scientists led by canadian biologist Peter K. Manorom (Peter K. Molnar) from Canada’s University of Toronto Scarborough in an article for the journal Nature Climate Change.

The main reason for the rapid fall in the numbers of almost all the 19 subspecies of polar bears, experts believe a lack of food. These predators, the size of which reaches two meters and a half, simply perish from hunger. Only a few instances due to the rapid warming manages to survive until the year 2100.

The problem is that growing temperature leads to the melting of floating polar ice needed by the bears to hunt. These predators feed primarily on seals, but open water can’t catch those fast and agile animals. Bears catch seals from ice when they come to the surface to breathe air.

Sometimes the bear breaks through the ice, sensing him lurking under the seal. To determine the thickness of the ice, he has and listens to the sound of splashing in the ice water.

Because of global warming, according to the researchers, reduced the duration of survival of the polar floating ice through which the bears hunt seals. Scientists have calculated the estimated number of “ice-free” days in subsequent years and compared it with the number of days during which the bears can survive without food. They took into account that females with offspring need to eat more often than females without offspring, and that males are hungry more often and stronger than females because they spend more energy in the day and worse accumulate its reserves.

According to calculations of scientists, little cubs can survive without their main source of food not more than 117 days, their mother is only slightly longer. Adult males will last about 200 days, females without offspring — 255 days.

If we fail to significantly reduce CO2 emissions, these borders to the end of the century will be completed.

Polar bears can fast for several months, but due to climate warming them is probably not going to help. 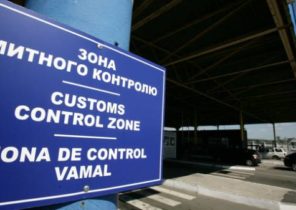