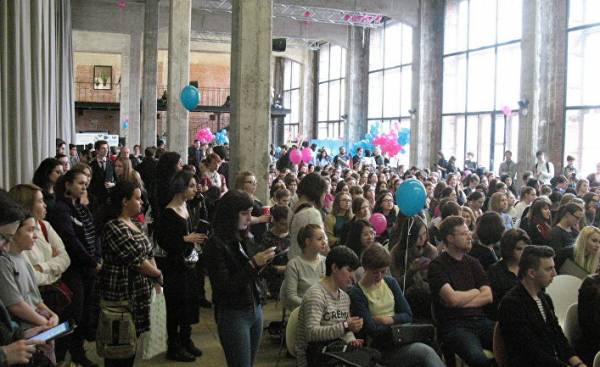 After several years of working in the shadow of Russian activists, fighters for women’s rights oppose the “traditional values” and the authorities that have recently decriminalized some forms of domestic violence.

Feminism, which many consider a Western concept, has never had broad support in a Patriarchal society Russia — despite the fact that the Soviets were one of the first to give women the right to vote and legalized abortion. Today feminists defame in social networks and in Russian state media.

Politicians openly accused the activists that they exaggerate the existing problems in pursuit of “unclear objectives” and the media declared aggressive feminism movement, women are imposing a very strange way of life.

As a result, says the curator of the festival Irina Izotova, “the majority of women in Russia distanciruemsa from feminism. For them, feminists are those who stand on the street with placards and protests”.

Pussy Riot and the Ukrainian group Femen protest tactics, calling wide attention, now operating mainly in other places (Pussy Riot had to fight for the rights of political prisoners, and the Femen group operates mainly in Europe), and those who performed at the festival, talking mainly about everyday problems of Russian women.

The presentations also touched upon topical issues of domestic violence, which now provides a lighter sentence. This is despite the fact that in 2015, there were 35,899 cases of beatings in the family; that of rape victims, which shows a worrying trend that is growing, blame the fact that they provoked their rapists; and that four out of five rape allegations, the police refused to accept it.

The festival hosted a lecture about gender inequality in pay, which is acknowledged even by government officials, indicating that the difference in salary is 27%. Others talked about the history of feminism in Russia and that sexually active women society perceives as women of easy virtue. 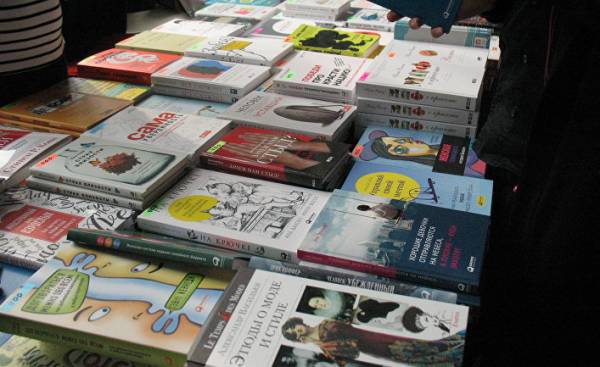 But as you approach the festival in the ranks of the activists has intensified differences, and some feminists boycotted the event. In an open letter to the organisers of radical feminist groups and activists have accused the Fem Fest “depoliticize” feminism, “glamorization of the feminist agenda,” and its mitigation.

“… The festival is not that women’s letter that refers to the most painful stories of contemporary Russian life, and the letter deliberately conflict-free,… for whom feminism is just a fashionable ornament,” written in an open letter published in Russian Internet edition Colta.ru covering contemporary art and culture.

The authors of the letter also criticized the organizers of the Fem Fest because they ignore such a painful from a political point of view, issues like forced marriages and killing for reasons of honour, practised in the North Caucasus.

The trick with photoshop on international women’s day has also sparked debate after it was revealed that the poster on the tower of the Kremlin with the word “Feminism — the national idea” was not present. Some feminists accused those involved of undermining the overall effort to force society to take feminists seriously.

“Whatever do feminists [in Russia] is always regarded as harmful to feminism,” said one of the organizers of the Kremlin Leda Garina, adding that their goal was to attract more attention to this problem.

But some believe these differences some kind of incentive. “Participating in these discussions, society overestimates the role of women and is beginning to recognize these problems,” — says Alena Popova, an activist, advocating for women’s rights.

Kirill Martynov, Professor of philosophy at the Moscow Higher school of Economics, I agree with her opinion. Speaking at the festival, he said: “Feminism is in Russia the most important place in the agenda. Finally he entered the society,” calling the conflict a “disease of growth”.

Others warn that controversy can overshadow the real struggle for the introduction of laws and services that protect women.

“We have still no appropriate legislation on domestic violence. We have no anti-discrimination laws, which could help in the fight against discrimination against women in the courts, not only on paper, says Julia Antonova, a senior lawyer of NGO “Legal initiative”, dedicated to the protection of the rights of women. — We have too few crisis centres for women in distress”.

Today, Russia is one of the most pressing feminist issues is the lack of information adds Antonov, and women need to learn how to defend themselves.

It seems that the government also recognizes this problem — at least in words. On international women’s day, Prime Minister of Russia Dmitry Medvedev has outlined ambitious plans, which will be reduced according to the difference in wages between men and women, to be held on prevention of violence against women and measures will be taken to provide adequate medical care to women.

But Popov warned that this may be just a strategy aimed at attracting women voters ahead of presidential elections. After 2018, “they may say that you’ve analyzed the situation, and that she wouldn’t be so bad, so need to take some additional measures there,” she said, and added that now is not the time when the fighters for women’s rights could distract and weaken the attention to this problem.