During the first flight by motor plane, which was committed in 1903 by the Wright brothers on a windswept beach in kitty hawk, North Carolina, has been covered a distance of 36.5 metres. This historic flight could be made in the cargo compartment of the aircraft An-225 Mriya, the largest aircraft in service.

Obedient to this heavenly giant, which has six turbofan engines and a wingspan almost equal to the length of a football field, is large cargo area and greater payload than any other plane. In the world of aviation it is unique.

Antonov an-225, favorite spotters (Amateur to watch the takeoff and landing of aircraft) around the world, attracts attention whenever it arrives the airport, during the execution of some of his rare — and often impressive — flight with heavy cargo on Board.

“During takeoff and landing, he looks majestic, and because of its immense size it seems that he is slowly floating in the air, — says Ilya Grinberg, a specialist in Soviet aircraft technology and Professor, engineering faculty, state University of Buffalo. — It can be easy to take a picture of any camera and from any angle it looks very impressive. I think it is a real miracle of technology”.

The last time the aircraft is used to transport a record volume and weight of cargo in the provision of humanitarian assistance to combat pandemic coronavirus covid-19 — mostly of personal protective equipment. But its initial mission was quite different: An-225, which appeared during the cold war, was designed as part of the space program of the USSR.

In April 1981, when the Kennedy Space center, NASA in Florida has launched into orbit the first space Shuttle in space exploration a new era began. A feature of the design was the large cargo Bay of the space Shuttle — on the insistence of the Pentagon, which used the Shuttle to perform a number of secret flights delivering military satellites into orbit. The USSR perceived the functionality of the Shuttle as a threat and wanted to have in your Arsenal ship, which could do the same.

The result is a “Buran”, the Soviet reusable transport ship, is remarkably similar to its American counterpart, down to the black and white colors in which it was painted.

But regardless of whether it was a replica or just a flying machine, constructed in accordance with the laws of aerodynamics, with “Buran” (and the rocket “Energy”) there was a logistical problem. It was about how to deliver a spacecraft with a plant located near Moscow to the Baikonur cosmodrome, located two thousand kilometers to the South of modern Kazakhstan, which carried out the highs of the Soviet spacecraft.

Instead of using rivers and mountains to build new high-speed highway, the Soviet engineers went to the Kiev design Bureau named after O. K. Antonov with a request to create a new transport aircraft capable of lifting the Shuttle into the air with a rocket. He was also supposed to be used for delivery of the Buran to Baikonur back in case of landing at alternate airfields.

KB Antonov built it on the basis of the existing model of the An-124 “Ruslan”, which in itself was a very large aircraft, exceeding the size of Boeing 747-400.

To increase the carrying capacity was twice increased significantly the overall dimensions of the aircraft. Visible improvements were the following: there have been two additional engine, bringing their total number increased to six, increased the number of main landing gear struts and, therefore, was increased (up to 32) and number of wheels. In addition, to enable transportation of the “Buran” single-fin empennage was replaced by a dvuhkilevoe.

The resulting giant (so great that during the solemn ceremony of putting into operation would not fit in the hangar) got the name An-225 “Mriya”.

“”Mriya” is Ukrainian word for “dream”. It was the first Soviet aircraft, which was given a Ukrainian name,” says Greenberg.

Design Bureau named after Antonov, worked quickly, and the plane was built in just three and a half years. But its designers still had no time for experts who built the Buran, so there was an intermediate solution: for the transportation of the spacecraft in disassembled form was adapted a few old bombers 3M-T.

When the An-225 was finally ready, it turned out that he lagged behind historical events: first off Buran and the An-225 took place in late 1988, a year before the fall of the Berlin wall, which became a harbinger of the collapse of the Soviet Union.

After the Soviet Shuttle made only one official flight, the program “Buran” was closed, and the An-225 in the end made only about a dozen test flights.

The an-225 is mounted with a “Buran”, which appeared at the Paris air show in 1989, was the center of attention, but accomplish their main task of the An-225 and never had a chance. Ridiculous suggestion to turn it into a flying hotel with luxury suites, pools and area to accommodate a thousand guests never became a reality, and the An-225 appeared in the hangar, where it was dismantled for the parts that have been rusting for seven years.

In 2001 An-225 has been cleaned, thoroughly modernized at the expense of modern equipment and newly commissioned.

In the same year, he, according to the company “Antonov”, found 124 world records, including payload and altitude with a load and lifting the load at a record high.

“It happened on the day of the tragic events of 11 September 2001, and therefore all these records went unnoticed, says Greenberg. That day control the load served five battle tanks, each weighing 50 tons. At the same time in the cargo Bay, they stopped themselves.”

The plane “raised” because “Antonov airlines”, a subsidiary of “Antonov”, the Park which is about a dozen heavy transport aircraft, has received orders for delivery of goods, by weight exceeding the carrying capacity of the An-124, which is called the “younger brother” An-225.

“We immediately realized that there is a growing demand for transportation of oversized and heavy cargo”, — said Vitaly Sixth, Deputy Director of “Antonov airlines”. According to him, the An-225 is able to carry up to 950 cubic meters of cargo. The capacity of the cargo compartment of An-124 and of the Boeing 747 is respectively 750 and 650 cubic meters.

With such dimensions the cargo compartment and load capacity of the An-225 could carry up to 16 containers or 80 family cars. The cargo hold has a titanium floor for extra toughness and self-loading complex for efficient loading of cargo. In 2001, during transport, five battle tanks reached the maximum carrying capacity — 250 tons. The record rise in the air, the heaviest monocargo the An-225 was reached in 2009, when transported from Germany to Armenia, the generator weighing 187 tons.

The plane has established other records, such as most lengthy in the history of transport cargo — two turbines with a length of 42 meters each, which he delivered from China to Denmark. The an-225 was included in the Guinness Book of records, having a height of 10 thousand meters the art gallery of 500 works of 120 Ukrainian artists.

Among the cargo, which carries An-225 — the turbine, nuclear fuel, construction equipment, light aircraft and Maglev train. The most common cargo are generators.

In April 2020 the An-225 has set another record, bringing in the Chinese city of Tianjin to the capital of Poland Warsaw (with a stop to refuel in Kazakhstan) 100 tons of cargo used to combat Covid-19 personal protective equipment, medicines and test-system. According to the company “Antonov”, landing in Poland was broadcast live to an audience numbering 80 thousand people.

“We didn’t expect that the plane will participate in the transportation of this kind, as for An-225 personal protective equipment, Packed in boxes, are not typical load, but due to the lack of transport availability of our customers wanted to use our plane, says the Sixth. For two and a half months, we have performed 10 flights from China to different parts of the world.”

An-225 flies pretty rare. Because of the high cost to ensure safety (he spends more than 20 tons of fuel per hour, which at today’s prices, says a Sixth, worth $ 6,700), it performs only the most complex and demanding flight.

This means that the An-225, the only aircraft of this kind, it is easy to cope with existing demand. Despite the fact that the company “Antonov” in the warehouse has all the necessary units and components for the construction of a second such aircraft in the near future leaders to do this no plans. China once expressed a desire to purchase parts and build the plane, but since organizing their transportation abroad difficult, the plan was never carried out.

However, due to the fact that the An-225 is the only one of its kind, it seems even more mysterious.

“This plane is our pride and glory, the business card of the company “Antonov” and the Ukraine — said a Sixth. — I first saw him when he was a schoolboy, and he made such an impression on me that I couldn’t believe that he really can fly. Now I make sure can.”

Company “Antonov” is constantly modernizing the An-225, to keep up with international flight regulations and requirements and according to the manual, this plane will fly for at least another 25 years. This is good news for aviation enthusiasts and spotters that crowds come to see him as soon as he appears.

“It seems to me that the An-225 is 10 seats out of 10 in the list of planes that I dream to see the spotters,” says Casey GRU (Casey Groulx), the canadian spotter who photographed the An-225 at the end of may, when he landed in Toronto, after delivering humanitarian aid to combat the spread of covid-19.

“It was a real dream come true as I always wanted to see this extraordinary aircraft. There were a lot of other spotters. It was a very special feeling, realizing that I saw the biggest airplane in the world.” 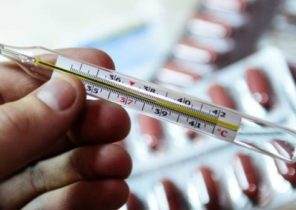