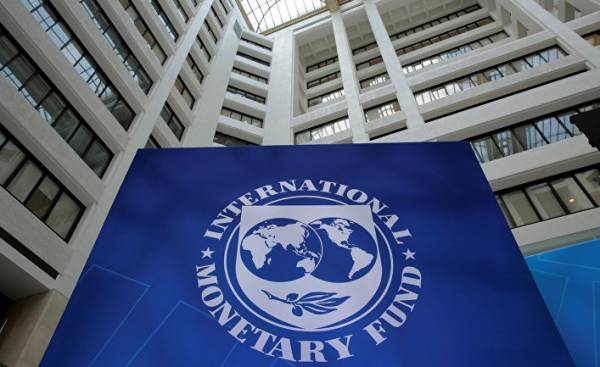 Every spring bureaucrats from around the world, like the swallows that flock to Washington for the annual event of the IMF and the world Bank. They form a General perception of the state of the world economy, which then affects the economic policy in the world.

This time was created positive feelings. According to experts of the IMF, in 2017 and 2018, real GDP of developed economies should grow by 2%. Unemployment in turn falls below the level of 6%, that is, return to the figure before the financial crisis of 2008. Concerns about deflation in the past, and inflation kept at 2%, which is consistent with the objectives of most of the major Central Banks.

However, as they say in New England, if the April rains fall, this does not mean that in may will bloom flowers. Sometimes they can replace a new, more cold showers. We do not wish to throw cold shower inspired by international officials, but we are afraid that their projections are too optimistic. The fact that the key problem, apparently, was never solved.

The stagnation of potential growth

Accelerating the pace of economic activities can generate hope among the bureaucracy, but the level of growth is also important. In Europe, real GDP growth was very weak after the financial crisis: the figure for 2016 was approximately 20% below what was promised pre-crisis trend ten years. The current recovery after a serious financial crisis was the most sluggish over the past two centuries. In addition, averages hides a lot of problems: for example, Greece and Italy will be able to return to pre-crisis figures of GDP not earlier than in 2022.

Costs associated with the post-crisis economic recovery is a significant obstacle to growth, but the main problem is the stagnation of its potential or, in other words, the latent tendencies of the global offer. According to the IMF, in the course of this century in developed economies there is a decline from 2.71% in 2001 to 1.28% from the beginning of the crisis.

In the United States is even more grim picture: according to the information of the budget Committee of Congress, the scale of decline was twice as large: from 4% to 1.5%. This trend is characteristic of all economies in the group of seven, as their aging populations grow more slowly and smaller works, giving a little additional labor hours. It is difficult to say whether all this is in the future, but the numbers are still numbers: they clearly demonstrate that this situation exists not the first year.

Potential growth — not just the abstraction of economists. The fact is that if, as, apparently, it is happening now, expected change in income will flow in a negative way, we will have less resources to meet our needs. Given that today we are consumed and occupied with the expectation of higher income tomorrow, we should prepare for disappointment.

That disappointment seems almost inevitable in advanced economies, given the fact that the duty of state authorities is on average 106% of nominal GDP, and budget deficit persists on the horizon of forecasts of the foreseeable future. To ensure that budgetary balance will be harder, since the Central Bank began to normalize its monetary policy, although interest rates have not fully returned to pre-crisis level.

In countries with a policy of budgetary restrictions (Australia, Canada, New Zealand) private sector with a light heart gained debts. Only here in times of difficulties, errors of the private sector quickly turn into public debt.

Democratic governments work well when it comes to the distribution of profits of a growing economy. For example, in a period of sustained 4% growth of the us economy we could expect the doubling of real GDP for 18 years, giving parents confidence in the economic future of their children.

In the current 1.5% rise in period doubling of GDP increases to 48 years clouded economic prospects for the grandchildren. But can the leadership make the tough decisions that are necessary to move from economic stabilization to sustainable recovery?