The Verkhovna Rada on July 21 will convene for an extraordinary meeting, which will be made more than a dozen questions. It was initiated by people’s deputies, having collected the required number of signatures.

The speaker of Parliament Dmitry Razumkov signed the corresponding order.

Note that in the proposed agenda project resolution No. 3650 on the elimination of old and creation of new areas in Ukraine, which was adopted today.

The first thing deputies will consider the draft law concerning improvement of conditions of support of electricity production from alternative energy sources (No. 3658). Will undertake the restoration of the Institute of social workers to search for families (persons) and help them in difficult life circumstances (No. 3807).

Also deputies will consider important bills on intelligence service (No. 2412-d), the change in the law on public procurement to create conditions for stable development and modernization of the domestic industry (No. 3739), will address the question of waste management (No. 2207-1-d).

Recently Rada legalized in Ukraine casino, but he blocked the draft resolution on the abolition of the adoption of the law on gambling. Parliament will vote three draft resolutions. In addition, the Parliament tries to unlock the laws regarding the legalization of the market of metallurgical raw materials and scrap, as well as on the functioning of e-office and to simplify the work of individuals-entrepreneurs.

The agenda for an extraordinary session introduced the following bills:

Note that July 17 was the last plenary meeting of the third session of the ninth convocation of the Rada. The next session starts on 1 September. As reported “Today”, July 16, a solemn meeting of the Verkhovna Rada on the occasion of the 30th anniversary of adoption of Declaration on state sovereignty. Watch full speech in Parliament Zelensky. 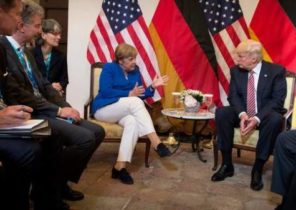