The polar bear population on Earth may almost completely disappear by the year 2100 due to global warming and the associated melting of ice, according to a joint study by American and canadian scientists. About it, on Monday, July 20, writes the journal Nature Climate Change.

The article said about the simulated situation, future demographic consequences of the population of polar bears. The basis of the calculations, the scientists took a threshold number of days during which the animals may starve without the risk of rapid extinction. Values combined with the number of days during which the habitat of bears remains free from ice cover needed for hunting seals — the main component of the diet of predators.

“Our model suggests that maintaining a high level of carbon dioxide emissions along with a gradual decline in natural reproduction and life expectancy by 2100 will threaten the survival of polar bears except for certain groups at the highest latitudes of the Arctic,” the study says.

According to scientists, survive the polar bear population has a chance only on the Islands of Queen Elizabeth’s most Northern segment of the Canadian Arctic archipelago.

Earlier in the USA on lake Marsh-Miller Wisconsin family rescued a bear cub whose head was stuck in a plastic jar. 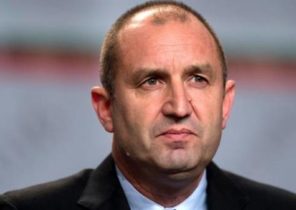