Now 95-year-old man accused of aiding the murder of several hundred people. They say it will be the last trial associated with the Holocaust.

German justice reports that the story of the war criminals of Nazi Germany is nearing an end.

Last week German prosecutors demanded three years of imprisonment for 93-year-old Bruno Dey (Dey Bruno), once worked as a guard in the concentration camp Stutthof near Danzig, now called Gdansk belongs to Poland. This man is “without a doubt” contributed to the murder of more than 5 thousand people, according to the prosecution.

Awaiting trial Germany filed a case against another guard from the same concentration camp. The identity of this 95-year-old men do not disclose. He is accused of war crimes and complicity in the murder of several hundred people.

Because now 95-year-old man was only 19 years old when he served in the death camp, the process of the court will be engaged in youth Affairs.

According to authorities, this will be the last process of this kind after the Second world war. It was a race against time, because I had time to condemn all the aging former SS after 2011 was the first sentence handed down this kind: the responsibility drew American of Ukrainian origin Ivan (John) Demjanjuk.

In the case there is a new twist. Already evidence that Demjanjuk worked there, was enough to condemn him for complicity in thousands of killings 28. Argued, for example, the fact that he knew about the destruction of the people.

This unusual court set a precedent that allowed gradually to prosecute and the other still-living SS. In 2016, for example, to four years imprisonment for complicity in the murder of 300 thousand Jews sentenced Oscar Groening (Oskar Gröning), known as the “Accountant of Auschwitz”. At the same time evidence of his involvement in specific murders, was not.

The German judicial system was criticized for the fact that she does not prosecute against many of the SS guards who served in concentration camps during the Holocaust. For example, from 6.5 per thousand employees survivors of Auschwitz was convicted only 49 people.

This is partly due to the fact that it is difficult to determine the degree of personal fault of the people who served under Hitler. In addition, many of the Nazis for a long time continued to occupy high positions in the government of Germany.

“Immediately after the war, the government dealt only with those who were directly involved in crimes, for example, with key figures in the Nuremberg trials,” explains the lawyer Niwinski Raymond (Rajmund Niwinski), representing the interests of survivors. That’s why, for example, Bruno Dei after the Holocaust, can live the most normal life.

From the gas chamber to the bakery

SS-guard Bruno Dei after service in the gas chambers turned into a Baker. He married, had two daughters, and in retirement he lived quietly in Hamburg until one of the investigators in 2016 suddenly stumble upon a SS uniform with the name DEA.

But Demjanjuk, who was convicted in 2011, after the war moved to the United States and for 30 years led the quiet life of a mechanic, until he one day has not declared a war criminal. About it it is told in the documentary series Netflix called “Devil at the door” (The devil next door).

As he lived 75 years after the war a new defendant, the now 95-year-old man, whose name we don’t know yet, is not yet known. There is no information about how it was discovered and why it took nine years to bring a case.

Now the experts are to establish whether the health of the accused to stand trial.

Stutthof was the first concentration camp built by the Nazis outside of state borders of Germany in 1937. He was in 30 kilometers from the city of Danzig. Now it’s called Gdansk belongs to Poland. 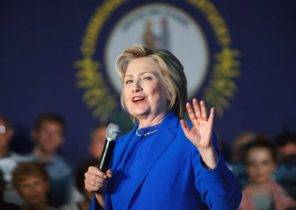