The successor Smoliy, the national Bank can become a Board Chairman of one of Ukrainian banks

The Verkhovna Rada Committee on Finance, tax and customs policy approved the candidacy of Kirill Shevchenko for the post of head of the NBU, which proposed to the Parliament by President Vladimir Zelensky.

This was reported in Facebook the first Deputy head of Committee Yaroslav Zheleznyak.

“Only that our Finance Committee recommended that Parliament appoint the head of the NBU Kirill Shevchenko. “For” vote of a majority of colleagues – one against and five abstained. I personally abstained, but the main, the most interesting question left to the plenary meeting”, – he wrote.

Zheleznyak said that the Council today will consider at the morning meeting, the appointment of Tymoshenko to the national Bank.

“The vote in Parliament today”, – said the Deputy.

As reported “Today”, the previous head of the NBU wrote a resignation letter in which he complained of political pressure. At the same time, the Board of the national Bank urged the President of Ukraine, the government and lawmakers allow the Bank to perform its functions. July 3, the Verkhovna Rada dismissed Smoliy from the post of head of the NBU. The deputies agreed to dismiss the chief banker of the country, which he asked to release him from his duties. 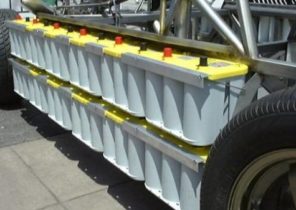