See the Kalashnikov rifle? This mortar and anti-tank shells? Perhaps they would be produced in America.

The armed forces of the United States want to get the weapons developed in the Soviet Union, which will be able to use America’s allies using such weapons today. Such weapons include “ammunition and weapons that were produced and used by the countries of the former Soviet Union and Eastern bloc”, as stated in the message on a new contract.

It also said that the weapons “can not be purchased through the supply system of the armed forces”. The ultimate goal is to sign a five — year contract (2022 to 2026) on the issue of weapons and ammunition, which will be delivered in the United States and overseas bases.

Wish list of the armed forces includes a lot of different weapons, according to a presentation in PowerPoint, presented in June 2020 the armed forces. It includes developed in the Soviet Union anti-tank guided missiles, missiles, ground and airborne projectiles for howitzers and mortars, starting with light 60 mm to heavy 152-mm shells, 125-millimeter tank shells, the 23-millimeter and 30-millimeter cannon ammunition, anti-tank missiles, RPGs, and Kalashnikov rifles and ammunition for them.

The Soviet Union ceased to exist 30 years ago. Probably the most durable legacy of the Soviet Union was the tremendous amount of weapons, which he supplied Eastern European countries, third world governments and the various guerrilla and terrorist groups. In addition, today there are many countries, such as China and Bulgaria that produce and export weapons developed in the Soviet Union. Made in Eastern Europe, the guns, cannons and tanks were on the front lines in these conflicts, such as civil war in Syria.

However, the gain developed in the Soviet Union, the weapon might not be so easy. In the presentation of the armed forces of the United States says about such issues as “limited supply” and the reluctance of some European countries to allow the transit of these weapons through their territory.

Interestingly, another obstacle is that Washington may refuse to cooperate with some suppliers for political reasons: “Some suppliers, cooperation with which was acceptable before can now be banned (or sanctioned),” — warn the U.S. armed forces. The U.S. military also will check the weapons and ammunition to insure that they meet the mandatory requirements.

The idea of using foreign-made weapons is not new. Intelligence agencies and special forces around the world long used foreign weapons as part of covert operations, to preserve the possibility to plausibly deny their involvement in it. In 2017, the American command of special operations forces offered to the American manufacturers to produce developed in the Soviet Union, heavy and light machine guns that could put U.S. allies. Russian producers have condemned the plans, calling them theft, despite the fact that Russia for a long time copied developed in the West weapons and equipment, such as the B-29 bomber. Russian arms manufacturers also criticized China for what he copies their products.

Why does the United States want to buy for his allies a weapon created in the Soviet Union, instead of sending them us weapons? The answer is simple, convenience. Many governments and groups that enjoy the support of the United States, especially in the middle East and Africa, used Soviet weapons for many years.

Modern American weapons in most cases superior to the old weapons of the cold war. However, modern weapons are more complicated to use, require more labor intensive maintenance, as well as special training that is needed to use the weapons produced in the West. The Kalashnikovs and RPG-7 rocket launchers, of course, was developed long ago, but they are durable and reliable, and the military of various countries, from Nicaragua and Somalia to Syria, you know how to use them.

Why do we need to reinvent the Kalashnikov? 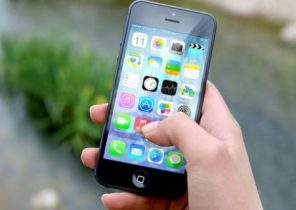