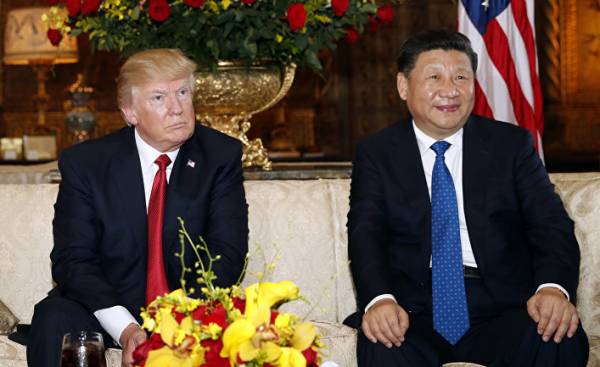 At the beginning of April in USA, Florida, will hold a meeting of the heads of China and the United States. Undoubtedly, it will be literally the whole world. Following the idea of “Twitter rules state,” March 31, trump issued a statement saying that the meeting with the Chinese leader going to be very difficult because it will need to discuss the acute problems of the trade imbalance between America and China, as well as the loss of Americans jobs.

The situation complicate the actions of American congressmen, who have written to the Chinese Ambassador to the United States a joint appeal, which demanded that the American company entered the cloud services market of China. Moreover, many times the proven model of trump not to follow the ordinary path portends about the upcoming fierce battle between the two leaders. It is important to note that in this battle you can not act recklessly, and at the same time, it is impossible to unconditionally retreat. It’s a fierce battle, which will be put to the test strategy, ability and wisdom of XI Jinping.

Developing since 1949 Sino-us relations have entered a period of search for a new model, and is a key reason for the meeting, XI Jinping and trump. From 1949 to 2017 in nearly 70 years, China and America have experienced severe impacts of the cold war. Huge difference in the balance of forces of the two countries have gradually declined and became almost invisible: enemies, a coexistence which is almost impossible, China and America have become actual allies, and subsequently, competing and cooperating partners. Interacting in the international arena, countries have moved from enmity to cooperation and competition. During this long time they have been through a lot and entered a completely new phase, in which the combined strength of China, including economic power, based on her military power and skillful strategic planning, all indicators are very close to America. Expressed in the mid 90-ies of XX century, the assumption that by 2020-2025 years China and America will become equal force global rivals, gradually come true.

In this sense, the main task of the heads of China and America while in power is the alignment for Chinese-American relations in the new structure of the balance of power a new model of interaction, the formation of the framework and tools for strategic sustainability, maintaining the healthy development of Sino-us relations. This meeting between the two leaders summarizes the true-life experience, and is one of the most symbolic event marking the beginning of a new stage of the Sino-American cooperation in new conditions.

The difference in strategic thinking trump and XI Jinping will make the meeting of the two leaders is extremely difficult. Despite the fact that the main strategic goal of the trump is “to make America great again”, his actual actions are concentrated on the level of tactics and maneuvers. To some extent trump is the appropriate strategic leader, because he sees a problem in that a long time America has supported the despotism due to the excessive confidence of the people to the government, which led to the fact that people took the extra cost of despotism, and this has led to serious contradictions in the country.

Pointing to the existence of the problem, trump has won the trust of voters. However, trump chose the wrong way to solve the problem, because he still can not get rid of cold war mentality. He has to “make America great again”, which means to return America to “fine time.” Building a tactic based on a policy of unilateral action, selfishly thinking that through skillful planning policy of balancing on the verge (brinkmanship) and create your own style, you can implement an effective strategy.

From the point of view of trump, his meeting with the Chinese leader has become the stage for his solos. He will use terms that the Chinese side describes the relationship of the powers of a new type, and want to include the care of the most important interests of the United States. Then carrot and stick he’ll get from China adoption price. For example, the US requires to create the Chinese market with the so-called fair openness for American businesses. Having achieved this, in the end, trump will not only carry out the most important interests of America, but will increase your credibility within the country and change the situation in which the trump is losing political points and not doing a one campaign promise.

From the point of view of China, trump and XI Jinping should be the starting point for the practical implementation of the new type of relations between China and America (new concept of diplomatic relations, served during the XI Jinping — approx. TRANS.). The basis of such relations China and America are roughly equal position. XI Jinping must make clear to trump with the following message:

First, cooperation, win universal, mutual benefit must be shared between China and America is symmetrical and equal, no party should be priority.

Secondly, in international Affairs China has a clear, direct and specific goals. Issues of trade balance, openness of the market, internal management, cyber security issues in the South China sea, Taiwan and the Korean Peninsula, China follows its line of conduct.

Third, persistent between China and America strategic relationship stable and healthy development of relations allow to achieve true equality of the parties in recognition of and respect for mutual interests and do not form covered by the equality a situation in which one party exerts pressure while the other constantly compromise.

Fourth, a provision by which the parties can assess mutual benefit and mutual win distribution of interests in the framework of cooperation should be established together, rather than one America.

Fifth, China pays great attention to relations with America, but China is not obliged to help America put its internal policy and is not required to sacrifice their interests to improve the political credibility of trump.

In this case, China should not just lead in the traditional sense reasonable, in the interests of a reasonable game, and in the shortest time to learn how to conduct strategic analysis and to play the game, appropriate new developments. First and foremost, you need to get rid of the traditional perception of the strategic position of America.

The unexpected victory trump on the election in 2016, made a negative effect, including on strategists and analysts who are immersed in the aura of victory trump and began to appreciate the ability of trump after his arrival in the White house. They commend his managerial ability and foreign policy strategy, including changes in relation to China. Moreover, the underestimation of the abilities of China and the opportunities that can give meeting leaders.

The main feature of the meeting, XI and trump is that trump’s urgent need to reveal their political skills in controlling the discussion of important diplomatic strategies. Given this, trump may be more inclined to use mixed strategies, including the policy of balancing on the brink. If it will not cause serious damage to the political interests of America, even if the meeting will not bring significant results, trump will still be able to score a few political points.

China needs to give Trump it clear that the risks of balancing on the verge of absolutely not favorable to him. At the same time, China itself should have a good understanding of the current political situation in Washington. Because of the inability to act effectively in accord with the Republicans, in the short term to resolve the standoff with the Democrats, to solve the problem of the political factional fighting, it is possible that at this meeting, trump, to a certain extent would manifest itself as a “paper tiger” (that just seems terrible — approx. TRANS.). Despite all the difficulties and contradictions, the most important for China and America must remain a decision to take a step towards positive relations powers of the new type. 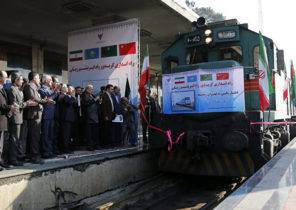 The European dream of Ilham Aliyev to China