Putin seeks to ease sanctions of the West against Russia, said Pavlo Klimkin

The pandemic coronavirus President of the United States Donald trump was transferred in September the 45th summit of the “Big seven
“and all of a sudden said that I would invite to a meeting of G7 India, South Korea, Australia and Russia. Why the next three months will be a difficult time for Kiev – the former Minister of foreign Affairs Pavlo Klimkin said in comments to the website Today.

The Ukrainian diplomat predicts that summer and fall will become for Ukraine a very dangerous period, because Russian President Vladimir Putin will be closely watching the presidential campaign in the USA and will try to raise rates before the important summits like the G7.

“First, it will try to promote the idea of a summit of the permanent members of the Security Council during the UN General Assembly. Also he will think whether he should take part as invited guest in the summit “the Big seven”. Although for him it is a humiliation, a return to the Yeltsin era, when Russia was not a member of “Big seven”. But if Putin is the chance for some kind of “fixed” and the possibility of easing sanctions… This is what he seeks, not only from the point of view of foreign policy. It’s probably the only thing you can “sell” the Russians in the field of internal policy”, – told the “Today” Pavlo Klimkin.

We will remind, the speaker of the German government Steffen Seibert said that the US does not have the right to decide the issue of expanding the format of the “Big seven”, where trump offers to return to Russia, and recalled its occupation of Crimea
.

Read more on the website “Today” in the article: “Russia is back in the “Big seven”: why trump wants to be friends with Putin”
. 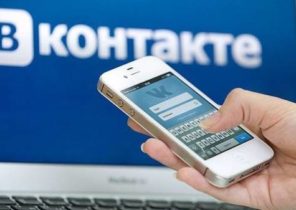