For the first time since the Second world war, the Arab world mobilized for the overthrow of Syrian President Bashar al-Assad. To this end, in Jordan, the Syrian the North and in Turkey, was established operational headquarters of the intelligence services of the United States, great Britain and Turkey. They are working on the approaching epoch of Syria without Assad — President, who refused to make concessions to U.S. Secretary of state Colin Powell when he visited him in 2003, after the occupation of Iraq.

In 2013, the Syrian President asked for the help of his allies in Iran and Lebanon, and later made the same request to Moscow. He wanted to protect its strategic interests and fulfilled obligations to Syrian ally, and all countries answered his call, although the Russian response came late (in September 2015), which was due to several factors. Nevertheless Russian forces played an important role in a military confrontation, controlling airspace and mixing all the cards on the Arab countries. Have you changed the balance of power in today’s Syria after the liberation of the greater part of its territory?

If Russia wants sole control of the Levant? President Hafez al-Assad and his son Bashar has not made concessions on the Golan heights, refused peace with Israel in exchange for Syrian land. President Bashar Assad has handed the United States the head of Hamas and Hizbollah, that they demanded from him in 2003, 2008 and even during the war in 2018 when, under the mediation of the Arabs, the us delegation visited Damascus in an attempt to end the conflict and start rebuilding Syria in exchange for withdrawal of Hezbollah, Iranian and Russian forces from the Levant. At the beginning of the Syrian war in 2011, Russia was not ready to come out of voluntary isolation and play a role at the global and middle Eastern arenas, because then Russia was represented by former President Dmitry Medvedev, which allowed NATO to destroy Libya in the same year.

When the allies of Syria tighten the screws, major General Qasem Soleimani went to Moscow and was able to convince President Vladimir Putin to send forces in the Levant to protect Russian interests and the Syrian regime. Since then, Western and Arab media have never ceased to disparage the military potential of Russia, and analysts have predicted her imminent failure.

When Moscow demonstrated its advantage in the air (Iran took over ground forces), these hopes were down, experts began to claim that Russia wants to get rid of President Assad and to impose on the country someone else, as now fully controls the situation in the Levant. When this theory proved to be ineffective, there are other naive assumptions about the existence in Syria of some of the U.S.-Russian agreement for Assad’s resignation. Of course, those who every month for nine years predicted the collapse of the Syrian President and government in Damascus, driven by a reckless desire that outcome, but they did not take into account the words of the former Prime Minister of Qatar Hamad bin jasima, who said that production has slipped and it’s time to accept reality and admit defeat.

Senior sources in the Syrian axis of resistance said that no us-Russian agreement no. There is only an explicit call to influence Washington in the middle East: Russia pursues American planes and approaching them at a dangerous distance, and wishes to cooperate with President Assad to help it achieve its goals, including the expansion of the air base in Hamima and naval bases. Thus, it will get a foothold to confront America in Europe and the middle East. Moscow has decided that the middle East is in a zone of its strategic interests and it is a region where she could stand up to Washington, while its local allies — Iran and its friends — are strong and use every opportunity to challenge the influence of the United States. Since then, as Russia emerged on the Syrian scene, she is afraid to get caught up in the middle East swamp and the only reason to rely on Iran and its allies to restore the government of President Assad in Syrian territory. As a result, seeing the capabilities of their enemies, Russia is trying to avoid a war of attrition with an unknown outcome, because she had no territory for the deployment of large army and resources to start a new war.

As noted by the above-mentioned sources, the Russian side promised to modernise the fleet, develop defensive and offensive capabilities of the Syrian army, to invest in infrastructure projects in exchange for providing the Syrian government opportunities for strengthening of Russian military positions against America and NATO.

Syrian President sees the Russian President as a strategic ally, while Moscow is cooperating with Israel — the enemy of the Syrians. She decided to develop a partnership with countries in the Middle East, and it means that she wants to find strong allies in Syria, Lebanon and Iraq, and this is due, primarily, her relationship with President Assad and Iran. Putin instructed the Ministries of foreign Affairs and defense to negotiate with the Syrian authorities over the increased Russian military presence and the placing of the army on other bases, as Russia no longer wants to leave the Middle East.

The era of American unilateralism is over, and the Russian presence in Syria and Libya created a serious gap in the sphere of influence of NATO. Therefore, increasing strategic presence of Russia has nothing to do with the departure of President Bashar al-Assad, who decided to hold presidential elections in Syria and to prevent interference of external forces, whoever they were. In Moscow’s view, Russia believes that America is defeated and it should take advantage of the weakness of President Donald trump, to achieve new successes in the middle East front and to gain a foothold in the warm waters of the Mediterranean sea.

Pandemic, to weaken the position of the trump in the country, the crisis faced by the American authorities because of racial discrimination, foreign policy conflicts with China, Russia and Iran, which have hit their largest base in Iraq and violated sanctions against Venezuela and sent five oil tankers and spare parts to restore the refineries, all this suggests the failure of trump to destroy the Russian bear and the Chinese dragon who want to weaken America’s international influence and create a strategic Alliance with Iran, Syria and their allies in the middle East.

Putin introduced the post of special representative of the President in Syria, that there are no barriers to the rapid exchange of letters, agreement and decision-making the two countries. This is an era of partnership of the two allies, not attempt to impose its dominance that America used to do in the middle East. It’s a new era, which will return to the region a long-lost balance. 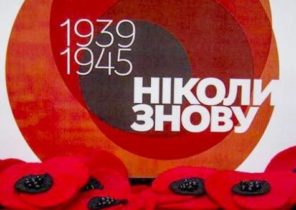