On the seventh year of the Russian occupation of Crimea in Ukraine is still no coherent strategy for de-occupation of the Peninsula. Moreover, six years after the annexation there is not a single international platform, where Ukraine was negotiating the return of the Crimea. Meanwhile, Russia has turned the sea of Azov in its inland lake, continues creeping occupation of the Black sea and the militarization of the Peninsula, populating it with the Russians. In addition, according to many experts, the catastrophic water situation in the Crimea and a low rating of Vladimir Putin, who continues to fall, could push Russia to start another “victorious” war against Ukraine. This time – with the Crimean direction to provide the Peninsula with water and cut through the land corridor. The website “Today” has analyzed the TOP 5 threats to Ukraine from Russia on the seas.

According to Pavlo Klimkin, Minister of foreign Affairs of Ukraine in 2014-2019, “the project “new Russia” will not go away – Russia is waiting for his chance. And even in 2015 “project new Russia” was like officially frozen, in April 2014 the “new Russia” Putin called the South-East of Ukraine.

Amid breakneck economic crisis, failures in the management of coronavirus and the total fall in oil prices (which will cost Russia from 2% to 5% of GDP this year), the Russians are losing trust in government agencies.

“All together this leads to the desacralization of Putin, his image as a leader, and the Russian leadership. When internal solutions no, Russia has always taken foreign expansion, which is one hundred percent will be sent to Ukraine. The possibility of provocation, escalation by Russia in the East and South is very high. Russia may resort to more large-scale escalation through provocations, and then war escalation and hybrid. This summer and fall very high probability that Putin will be forced to work in the logic of this”, –told the “Today” Pavlo Klimkin.

The water in the Crimea

The North-Crimean canal, by which Crimea received 85% of the water from the Dnieper river, Ukraine shut down in 2014. According to the state Committee for water economy and melioration under the control of the government of Crimea, today the Crimean reservoirs in the Crimea filled by 30-40%. The lack of snow in the winter and spring rains made the water situation on the Peninsula even worse. Sevastopol have a month to live in the mode of saving water: the gardeners take water only for two hours a day, limited supply and a car wash. It is possible that under a regime of austerity hits ordinary people.

According to military experts, right now are created all the more threatening conditions of Russia’s readiness to launch an attack on Ukraine again. Russian strategic military exercise “Caucasus-2020” is the preparatory model. In the course of these exercises will be practiced the creation of a land corridor, blockade from the sea, operations in the Donbass and the breakthrough from the Crimea.

“Another reason for large-scale offensive on Ukraine from the South today called the critical water situation in the Crimea. Indeed, water shortages, and issues of logistics in the Crimea pose a risk of such a military operation. But the lack of water in Crimea the humanitarian catastrophe of the Crimean Putin really not interested. The main thing for Putin is to provide military bases and factories in the Crimea, there was light, water and other resources. And the population … do Not like it go to Siberia, where water and electricity is enough”, – wrote in his blog for the website “Today” Deputy Director of the Center for army, conversion and disarmament for international Affairs, Mikhail Samus.

According to the President of the Center for global studies “Strategy XXI” Michael Gonchar, one of the motives for the occupation and annexation of the Crimea by Russia was energy. The Russians knew perfectly well that in the Black sea (especially the North-Western sector of the sea, where the shelf area is the largest) have considerable prognostic resources of natural gas. All the projects that have been implemented on the shelf, was the long-term.

“It would mean tens of billions cubic meters of additional gas volumes for all projects and land (Hughes and Oleske deposits – Ed.) and sea. What is a tens of billions cubic meters of gas from Russia’s position? Ukraine would not only ceased importing Russian gas, but could become a gas exporter. Russia – “Gazprom” – it would mean the loss of the market. That is, it is a strategic threat,” writes in his blog “the Crimean war – the forgotten energy the front of the Black sea” for the site “Today” Michael Potter.

Russia has almost completed the operation of the illegal annexation of the Azov sea and the creeping occupation of the Black sea basin. The peak of the escalation was the arrest in November 2018 24 Ukrainian sailors and three Navy ships. Last year the sailors were released, the ships returned. But the problem is not removed. In late may, Ukraine prepared and handed over to the international Tribunal for the law of the sea Memorandum of the evidence of crime in Russia and is going to get compensation the state and the sailors. According to Deputy Minister of foreign Affairs of Ukraine Eugenia Enina, in the final amount of compensation will include the costs of VMS associated with the inability to use the ships during the year, amount of ship repair and compensation for material and moral harm to the Ukrainian seamen, which 9.5 months detained in a Russian prison.

But there is another side of the coin, with which Ukraine is not fighting. Which year Russia under various false pretexts purposefully delaying ships going in and out of the sea of Azov. The average duration of such delays in 2019, before entering the sea of Azov and 29.9 hours before going out – of 37.4 hours. Ukrainian experts do not exclude that at some moment when Putin decides that it is profitable, Russia can and does close the Strait of Kerch. And Ukraine should be ready, as this may result in the loss of tens of millions of dollars for our ports.

The confrontation with NATO

For anybody not a secret that the Kremlin propaganda in the information space the number one enemy is the U.S. and NATO. At the time of the pandemic coronavirus Alliance stopped conducting military exercises in the Black sea. Although in April-may had to go through strategic exercises DEFENDER 2020 with the participation of 18 countries. And international exercises Sea Breeze 2020, which is planned for the summer, will take place only at sea. The coast phase is completely abolished, the military of the participating countries is not in contact with each other.

Unlike NATO, Russia, despite the coronavirus, its exercises in the Black sea did not stop. On the contrary, according to military experts, even expanded, creating several military hospitals (this is a sign that the country is preparing for war) under the pretext of growth in the number of patients COVID-19. Tuesday, June 2, the Kremlin said that they began another round of exercises in the Black sea with the development of missile and artillery firings.

All this certainly is a preparation for more large-scale strategic exercises “Caucasus-2020” in September, during which the Black sea will be the de-facto blocked by Russia. Such was the case last year, when Moscow blocked, entire sectors of the Black sea, blocking, therefore, free shipping.

The Militarization Of Crimea

According to Alexei Miller, the co-Director of foreign policy programmes and international security of the Razumkov Centre, probably, the greatest progress Russia has reached in the militarization of the occupied Crimea.

“A couple of years ago there was an official statement that the Crimea turned into a self-sufficient military structure. Russia is powerful enough invested in military offensive abilities. Crimea is an Outpost for the projection of Russian forces. In the wars that Russia now leads openly in Syria, and while semi-open in Libya, Crimea is, in fact, the main base where everything comes back”, – told the “Today” Alexey Miller.

According to international experts, the nuclear weapons in Crimea appeared in 2015, threatens not only Ukraine, but NATO countries. Ukraine should raise the issue at all international platforms. In fact, according to military experts, first, in the case of aggression from the sea, Ukraine will not be able to repel the attack of Russia, and, secondly, for many members of the Alliance Black sea is not strategic.

We will remind, in March, it was exactly six years since the illegal annexation of Crimea by Russia. What has now become a Peninsula, see story, “Today”: 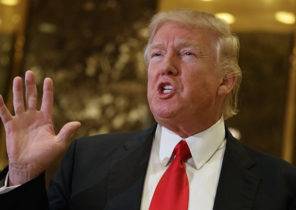