Monday, may 26, the armed forces of the Russian Federation in the Donbass 16 times fire on positions of the joint forces. Fortunately, the Ukrainian defenders did not suffer losses as a result of these provocations.

But our soldiers took exhaustive measures to stop the fire by the invaders, after which they declined further activity. According to intelligence reports, AFU wounded four invaders, the press center of OOS on the page in Facebook. It is noted that traditionally, the enemy fired at positions of the OS of the Minsk agreements prohibited mortars of calibers of 120 mm and 82 mm grenade launchers of various systems, APCS, heavy machine guns and small arms.

Thus, in the area of responsibility of tactical group “East” the enemy shelled positions of the combined forces 14 times:
near Sands and Smith — from 120-mm mortars;

In the area of responsibility of tactical group “North” recorded two attacks: the Smith and Luhansk from mortars of caliber of 120 mm, which are under the Minsk agreements should not be on the line of contact.

As noted in FOS, since the beginning of the day of the Russian occupation troops showed no activity and losses among Ukrainian defenders there.

Cases of coronavirus infection among the personnel of the joint forces is also not fixed. The situation in the area of the EP remains controlled.

As reported by “Observer”:

May 24 armed forces of the Russian Federation has resorted to a massive attack in the Donbass and 12 times fired at positions of the joint forces, but received a strong rebuff.

In the Donbass APU fighter bravely rushed to rescue his comrade, who was under ground after the terrorist attacks, “LDNR”. Occupants, in particular, the evening of may 24 have fired at Ukrainian military in the area Novoluganskogo, firing hundreds of shells.

In addition, for two last days armed forces of Russia in Donbas several times fired at positions of the joint forces from residential areas of settlements.

In the Internet appeared the video of the destruction of the positions of Russian terrorists “DNR” in the Donbass armed forces of Ukraine. 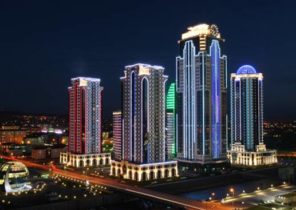