That day, when the dialogue with the national liberation Army (ELN) began to develop after the liberation of former Congresswoman Odin Sanchez (Odín Sánchez). In particular, in Antioch (Antioquia) successfully completed the withdrawal of troops of the rebel group “Revolutionary armed forces of Colombia” (FARC) in specially designated forest area. Colombia has inevitably become the protagonist at the world summit of Nobel laureates.

Jose Ramos Horta (José Ramos Horta), was awarded the Nobel peace prize in 1996 for fighting against the oppression of Indonesia, his native country — East Timor — first raised the issue. He recalled that two decades ago, visited Colombia to secure the release of 15 people, of which ELN held as hostages. Now he’s another country: “the shooting stopped, peace”.

Inspired by what he saw, Ramos during a meeting addressed to those who, like the inhabitants of East Timor, does not believe in peace in Colombia, and urged them to give the possibility to enjoy the ensuing silence. And not to ignore the difficulties.

“I know how hard it is to forgive those who raped, tortured, killed. Even more difficult to erase the nightmare of memories, the pain we saw and experienced,” — said he, stressing that life must go on, and the desire for revenge should be forgotten. “This is the main condition for peace in Colombia”, he concluded.

“You show us all citizens of the world that we can stop war and bloodshed,” said Yemeni journalist tawakkol Karman (Tawakkol Karman), which became the first Arab woman to receive the Nobel peace prize.

Her performance in Bogota was so bright and excited, which aroused applause. Tawakkol Karman said, “You are not victims, but heroes, and history will not forget you. Will not forget the sacrifices that you are for peace, not for revenge.”

Former President of Costa Rica Oscar arias (Óscar Arias), winner of the Nobel peace prize in 1987, said that Colombia is a beacon of light for the whole world and made a prediction that there will come a day when peace negotiations will be studied in history lessons in schools. “They will become a page in the history of the people who have achieved world, and this world is not just spread your wings, but has taken root”, he said.

The discussion about democracy

During the summit we also discussed other issues. Lech Walesa (Lech Walesa), which opened the way to democracy in Poland, the strikes in the shipyards, when that country was under the Communist regime, during the meeting stated that modern democracy is more like a caricature, and the war destroyed the trust between the two countries.

He further noted that correction of democracy requires three elements: the law, the consent of the people and the wealth of society. On the topic of integration, Walesa said that although the collapse of communism led to the emergence of more global ideas, “inequality has reached such an extent that we need to discuss what is possible and what is not.”

Walesa, who founded the first independent trade Union in Eastern Europe, when the world was still in a state of cold war, 10 years ago, visited Colombia. Then, the Nobel laureate (1983) saw a backward country, out stuck in an internal conflict that had no prospects of settlement.

Arriving in Bogota at the world summit of Nobel peace prize ten years later, Walesa didn’t recognize Colombia: “It has become more beautiful and orderly. It’s incredible,” said the Nobel laureate, noting that the process of national reconciliation in the country will give rise to new problems caused by the expectations, hopes and demands.

In an interview with El Colombiano Walesa addressed the process of national reconciliation in Colombia and tensions between Europe and the USA, which, in his opinion, portend a new era, not necessarily dangerous for the world.

El Colombiano: When in Colombia began negotiations with the insurgents from grouping “Revolutionary armed forces of Colombia” (FARC), how real it seemed to You reaching a peace agreement?

Lech Walesa: It is a very complex process, however, it is clear that both parties to seek it. Therefore, it should be supported. Ten years after his visit to Colombia, I see that the peaceful coexistence has achieved significant change. Everything is so different and peaceful way that I don’t even recognize the country.

— How would You advise Colombia to keep this condition which You so surprised?

— You need to talk to people, listen to their wishes. Need to discuss and seek to ensure that the population was also involved in the business. Much remained to be done, and people should learn from other activists.

— What, in Your opinion, citizens should participate in the ongoing processes in the country?

— Certainly, in the future will be different demonstrations. I believe that there are people who will try to disrupt the implementation of the agreement, but this must be prevented. The world — unique possibility for the development and well-being.

— You declared persona non grata in Venezuela, because You were trying to visit political prisoners. What would You like to recommend the country to achieve national consensus?

— You need to listen to the voice of the people. He has the right to put forward their demands. President Nicolas Maduro should not limit the laws and civil rights.

— How do You see the future of Europe, given the differences with the UK and Russia?

Organizations like the European Union necessary to maintain order on the continent. And so I say to the leading countries, i.e., France, Germany, Italy, if someone was to destroy the EU, they must immediately organize themselves to implement new, more viable project.

But Poland goes its own way, it even has its own currency…

— Yes, and it was not as easy as we thought. We different economic, religious and historical points of view. Now we want to build a new Europe based on the free market and the law, but there are those who, because of his selfishness not build anything you want.

— You fear the consequences of the convergence between Vladimir Putin and Donald trump?

— At the moment they are just looking at each other, but if they manage to establish effective communication, it will be good for Europe and the world. I am sure that they will not go for confrontation, because in the event of armed conflict will destroy all life on Earth.

— And if this interaction will lead to tension and further division on the European continent?

— It seems to me that no one is interested in the destruction of the world. What most can contribute to this interaction, so it’s business relations. I think Russia is exactly what it is and understand.

— Do You feel that with the arrival of Donald trump began a new global era?

Yes. On the one hand, you can understand why trump went into politics. Indeed, in the United States and in European countries there are groups of people, is constantly present in political life and not giving others to participate in it. Looks like trump is going to end this oligarchy of power. Looks like he wants to ventilate the United States. 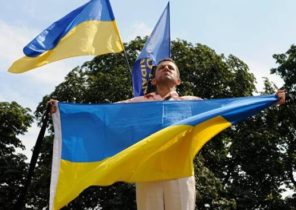