Before the pandemic coronavirus, our life was already full of examples of excessive use of technological innovations. We saw it everywhere during trips in public transport, at stops and stations, in shopping malls, in the workplace, in restaurants and cafes, at a gala dinner at relatives and even at home we use smartphones and wearable headsets.

In the present conditions of isolation, excessive use of gadgets has become even more obvious: waking up, children and adults start the day with a smartphone in hand, with them they fall asleep.

Today the number of smartphone users reaches more than 3 billion people, and the obsession these devices have a catastrophic effect on our body.

In this article we want to talk about the most serious health problems that arise with prolonged use of gadgets, as well as the methods of their prevention and treatment.

The scientific name of the disease — tendinitis de quervain. This is the type of inflammation that affects the tendons and ligaments responsible for movement of the thumb (the extensor of the thumb). Often it is the result of a load on the thumb, for example, when typing in gadgets or electronic games. In this regard, the disease is sometimes called “thumb gamer” (gamer thumb).

Symptoms starts with pain during the movements of the thumb. It can spread to the wrist and forearm and vary in degree of intensity and also be accompanied by swelling at the base of the thumb, and sometimes a burning sensation in the hand.

This inflammation affects the ability of the hands to hold objects. Besides, the classic manifestation of the disease of the thumb is that it takes a shape resembling a hammer.

In mild cases the treatment is simple and does not require surgical intervention. It is only necessary to limit the period during which the hand retains an unnatural position. In addition, you can use a special strap and can perform some home exercises. Finally, you can apply analgesics, but sometimes the pain takes a chronic form that requires surgery.

A term used to refer to diseases of the thumb due to prolonged smartphone use while text messaging and watching tapes in social networks.

Earlier this disease was subject to workers of factories and factories, but today the excessive use of smartphones affects the tendons responsible for movement of the big toe, causing inflammation and manifests as pain in the arm or loss of ability to hold objects.

— Use voice messages instead of text

— Try to use both hands when typing messages; hold the device with one hand, and print another, rather than relying solely on the thumb

— Use ice packs if the pain and swelling of the finger

The trigger finger is a painful disease, characterized by shortness of flexion of the phalanges of the big or any other finger. In this disease the finger gets stuck in flexed and unbent with a distinctive click, as pressing the trigger of the gun. By the way, this clicking sound gave the name to the aforementioned disease.

The scientific name of the syndrome — constrictive ligaments. The cause of this disease is considered misuse of one of the fingers. For example, the index finger under control of a computer mouse or typing on a keyboard of the computer. This leads to inflammation of the connective tissue and ligaments retaining the tendons of the flexors. When you try to straighten your finger there is pain and a characteristic clicking sound. In addition, there is locking of a finger in unbent condition. Complications stenosing ligamentitis may be accompanied by the appearance of a thick painful lump at the base of the finger. If the condition worsens, the finger gets stuck in a bent position.

— Give the hand to rest for a while;

— Do regular exercises to stretch the fingers;

— Complete a course of injections of corticosteroids as a topical treatment;

Numerous studies show that the use of smartphones is having a negative impact on human hands, especially on the median nerve. Recall that he is responsible for the sensitivity and functioning of the palm and fingers, except little finger and innervates the muscles of the thumb. Disruption of the median nerve leads to carpal (carpal) tunnel syndrome.

Carpal (carpal) tunnel syndrome occurs because of increased pressure on the median nerve in the carpal canal where it passes. The main manifestations of the disease — tingling, numbness and pain in the fingers, hands and forearms. Incidentally, the above-mentioned symptoms affect the duration and quality of sleep.

The adoption of measures for the prevention of carpal (carpal) tunnel syndrome will definitely be the best solution since it will eliminate the need for surgical intervention and prevent the transfer of disease into a chronic form.

Unfortunately, often worsens as the hands that requires a medical intervention, which includes non-surgical and surgical methods of treatment.

To accomplish their work, causing the disease. To change mobile phone to a smartphone with a large screen, to change the method of printing on the computer, or manner of holding the mouse;

— To wear a special fixing bandage, especially at night, which will prevent flexing the wrist during sleep;

— Use of non-steroidal anti-inflammatory drugs which also relieve pain and inflammation;

Undergo the injection of corticosteroids, which reduce swelling and inflammation. They will remove the pain and eliminate the pressure on the median nerve.

— Physical therapy to do regular exercises to relieve pressure on the median nerve, as well as exercises to strengthen the wrist muscles.

Endoscopic surgery to treat carpal (carpal) tunnel syndrome which will relieve pressure on the median nerve.

Uncontrollable desire to do a selfie adversely affects the ability of hands to hold things, and also causes a neurological disease carpal tunnel syndrome.

The symptoms of carpal tunnel syndrome occur in 18-35-year-olds as a result of compression of the median nerve where it passes through the carpal canal. This is due to the fact that during the selfie have to unnaturally twist your wrist to catch the right angle for the shot.

— Do not press hard on the screen of the phone when use it;

— Do not use to control a mobile phone with one hand, alternate them.

— Give the hands a rest from time to time;

— Do regular exercises to stretch the fingers and the wrist muscles.

“Selfie elbow” is a disease that is similar to the syndrome of “tennis elbow” or lateral epicondylitis. Inflammation of the elbow joint occurs as a result of constant tension of the tendons of the elbow during a selfie, when a man holding a cell phone at arm’s length. The symptoms associated with the syndrome of “selfie elbow” include pain in the joint and tendons from the bone. Moreover, the arm pain may extend from the elbow region to the wrist.

Unfortunately, the symptoms of a “selfie elbow” is not limited to painful sensations in the elbow region. This disease also affects the ability of the hands to hold objects and perform some complex actions such as shaking hands, holding a coffee Cup or turning a door handle. In addition, it restricts the stretching of the arms forward.

The recovery period can take from six months to a year, but there are a few techniques that will help reduce pain and speed recovery:

— Use ice packs to ease the pain;

— Do regular exercises to develop mobility and flexibility of joints;

— Complete a course of injections of corticosteroids as a topical treatment;

— Resort to surgical intervention in the case, if the pain becomes chronic.

The symptoms associated with the syndrome “cell phone elbow”, include numbness, tingling or loss of sensation in the little finger and ring finger due to pressure on the ulnar nerve, which passes through the cubital canal right behind the inner side of the elbow. The scientific name of the disease — cubital tunnel syndrome. It occurs when a person for a long period of time is based on the elbow while using a cell phone or computer.

The adoption of measures prevention is the best treatment at an early stage, allowing not only to reduce the pressure on the ulnar nerve, but also to avoid surgical intervention.

The “computer neck syndrome” is not a medical term, but in recent years it has become widespread. He is credited with all the pains in the neck and shoulders caused by excessive use of mobile phones.

Head of an adult on average weighs about 4.5 pounds. We don’t feel that, because the neck was specially created in order to support the weight of the head. But what happens when you bow your head over a mobile phone? The center of gravity shifted forward, which increases the load on the cervical spine. If the load on the cervical vertebrae was 4.5 pounds, when you tilt the weight of the head increases to 22 pounds.

You can imagine how many hours you spend buried in your mobile phone? Your neck for a long time in an unnatural position, leading to disastrous consequences: from pain to cervical dislocation.

The symptoms associated with the “computer neck syndrome” include constant pain in the neck, shoulders and upper back, as well as spasms and limited motion of the cervical.

— Change the position when using computers and mobile phones. From time to time relax and sit with a straight back;

— Do regular stretching and exercises to strengthen the muscles of the neck.

In a normal spine has a convex region in the upper back, but long sitting in front of a computer or a mobile phone increases the “hump” that eventually leads to spinal curvature or kyphosis posturalnaya.

The degree of curvature varies from mild to severe, which leads to severe deformation of the spine. Symptoms associated with posturalnaya kyphosis include pain or burning in the upper part of the neck, headache and reducing the flow of blood flowing to the brain and upper limbs.

— Try to sit up straight;

— Put a comfortable table in the workplace;

— Do regular exercises for back and shoulders. For example, rowing.

Pain in the wrist that occurs due to the use of a computer mouse, often just due to the fact that you are wrong to keep the mouse itself or wrong by itself up. It may be too big, too small or too heavy, requiring stronger control, and this, in turn, is very bad for hands.

How to prevent the disease:

— Choose the type of computer mouse that fits your hand. The most popular types include: capture by hand capture claw and grip with fingertips.

— Try not to put your wrist on the edge of the Desk when using the mouse.

— Use a mouse pad with a special cushion under the wrist.

After we considered all problems of the musculoskeletal system resulting from improper use of our bodies, it is necessary to take serious measures to preserve the health and normal functioning of the body. 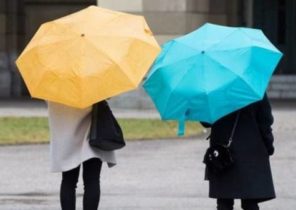