The ex-President of Kyrgyzstan Almazbek Atambayev involved in the murder of the officer, which occurred in August last year. This is stated in the message of the Prosecutor General of Kyrgyzstan.

Reportedly, the investigation was carried out “the necessary investigative actions, in particular, interrogations of persons recognized as victims in the case, the examinations of the scene, investigative experiment, the assigned examiner (forensic, biological, medical and forensic, ballistic, etc.), the withdrawn material evidences”.

As a result, as noted in the Prosecutor General of the country, established the involvement of Kyrgyzstan Almazbek Atambayev and his former bodyguard of the Rope engaged with his girlfriend to the murder of Deputy commander of special forces “alpha” of Usenbek Niyazbekov and the attempted murder of other victims.

In particular, the investigation found that Niyazbekov was mortally wounded by a shot from a hunting rifle, which belongs to the European Union.

“Examination proved that the holes of entry and exit of a bullet is a bullet caliber 7.62 mm, and the remains of bullets on the armor and clothing niyazbekova containing lead, indicate that the shot came from a hunting rifle, that is, the SVD belonging to the European Union”, – reported in Department.

Gold or documents: in fact, Atambayev has emerged of a mysterious pink package

Recall, 27 June 2019, the Kyrgyz Parliament adopted a decision on withdrawal of immunity of the state at the same time depriving him of the status of the former President, which removes the immunity from criminal prosecution. This happened after the Prosecutor General’s office upheld the charges brought by Parliament against the former President of Kyrgyzstan. Ex-President accused of illicit enrichment, misappropriation of land and corruption.

August 7, 2019 in the village of Koy-Tash, about 20 kilometers from Bishkek, the special troops of the state Committee of national security (SCNS) of Kyrgyzstan conducted an operation to arrest the former President Almazbek Atambayev. To detain the former President during the first wave of assault failed. During the storm and after one special forces soldier was killed and 36 people were injured and wounded.

The next day, the security forces made a second attempt which was successful – the former leader has agreed to leave his residence along with police officers, then was taken to the capital and placed in jail.

During the events of August 7-8, injured 225 people, including 91 of the police officer and 40 employees of the national security Committee. 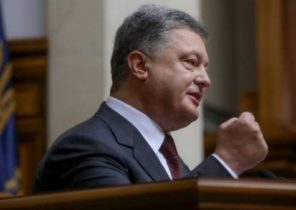