If the elections of the President of Poland, which because of the epidemic of the coronavirus were annulled, will not take place until June 28, the principle of continuity of power in the country may be disrupted.

This was stated by 19 may, the head of the office of the President of Poland Michal dvorchik.

“This is the last period in which it is possible to hold the elections for compliance with all other specified in the law deadlines and commitments to after 6 August in Poland was the President. The holding of elections later, if we talk about the first round, will lead to the fact that after August 6 will not be elected President of Poland,” warned dvorchik.

Recall that the next presidential elections were to be held in Poland on may 10, but the pandemic as well as political differences within the coalition and with the opposition made its changes – the vote did not take place.

Thus, the speaker of the Sejm have five days to declare a date for new elections – this must be done before may 24. Voting may take any Sunday within 60 days from the date of announcement. Most likely, it will happen in June or July.

This year it is planned innovation – the voting will take place through polling stations and by mail (not only for those who are quarantined, but everyone). President Andrzej Duda, whose term expires June 6, has already signed it into law.

We will remind that in October in Poland held parliamentary elections in which the majority of seats – 235 – went to the party “law and justice” Jaroslaw Kaczynski.

What kind of decision Warsaw adopted to counter the spread of coronavirus, watch the movie: 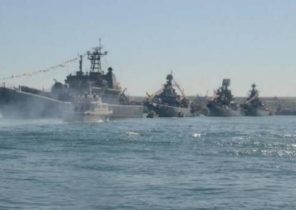