The President of Ukraine Vladimir Zelensky held a meeting on the acceleration of export growth and attracting investment to Ukraine. It was attended by the foreign Minister Dmitry Kuleba, Deputy head of President’s Office Igor Zhovkva and Yulia Kovaliv, Advisor to the President for economic Affairs Oleg Ustenko and Secretary of the National investment Council Levan Varshalomidze. About it reports a press-service of the President’s Office.

“Promotion of economic interests of Ukraine in the world on par with national security should be a key priority of our foreign policy”, – said Vladimir Zelensky.

According to him, strengthening the role of Ukraine in the system of international relations after the pandemic COVID-19 must occur at the expense of the welfare of Ukrainian citizens, the success of Ukrainian exporters on the world market and attraction of foreign direct investment in Ukraine. 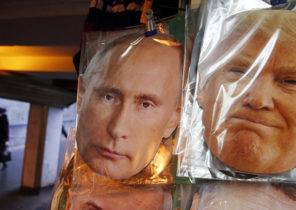