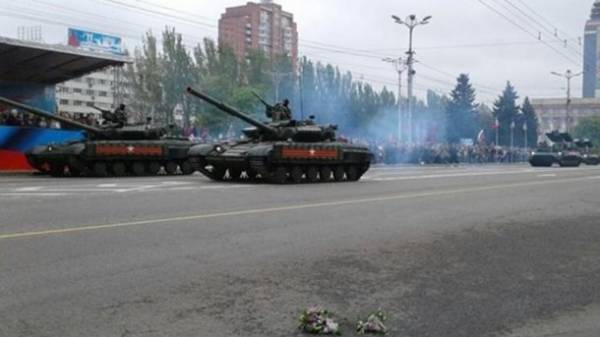 Germany said that “military parades” in the so-called “DNR” and “LNR” violate the Minsk agreement and threatened the population, reports UKRINFORM.

The German government has pointed out that the people in the occupied territories are free to celebrate the end of world war II.

“However, the OSCE Mission has documented at these parades in Lugansk and Donetsk, the presence of heavy weapons, which is a violation of the Minsk agreements and a threat to the population. Is the idea of the OSCE and also the Federal government,” – said the representative of Germany.

Recall that the “military parades” in Donetsk and Luhansk took place on may 9. In the occupied part of the Donetsk region were involved from 50 to 80 pieces of equipment, and in Lugansk – more than 60 units of military equipment and weapons and 1,200 fighters.