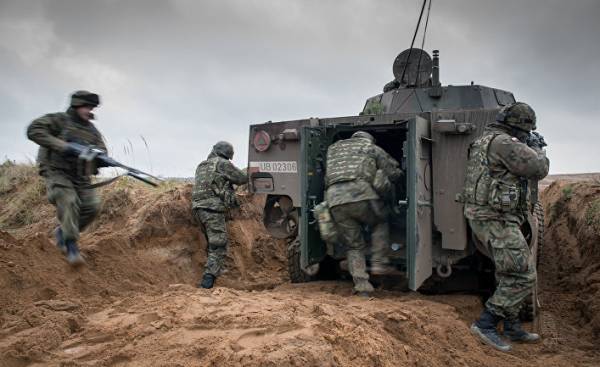 Last year, the international establishment of the security sector was a little concerned that the USA are gradually fading from the world stage and reduce the amount of their foreign liabilities. This year to change this concern came the realization that the “liberal world order” (his second name — Pax Americana) is finished and in this connection, new mechanisms are needed for security.

Such a conclusion can be drawn, if you read the current report of the Munich security conference, which is the most important document developed by the organizers of this most prestigious geopolitical forum. The conference in Munich opens February 17, and it is waiting for individuals such as German Chancellor Angela Merkel and U.S. Vice-President Mike Pence. Probably for the first time after the collapse of the Soviet Union, participants of this event will attempt to formulate a strategy for today’s world in which they don’t see anything for deleting more than one or two steps.

In 2016, the report of the Munich conference was briefly noted that previously, the absence of States in the negotiations on the conflict in the East of Ukraine would have been unthinkable, and that the United States is not really interested in settling the Syrian crisis on its own terms. In 2017 no one generally has no idea what will ultimately make Washington. Donald trump with his team has made so many conflicting statements about foreign policy (some of them given in the report and compared with each other) that now nothing is clear except that they do not intend to reveal his cards, putting “America first.” The report States:

The consequences for world order can be enormous. If the US go into a retreat, the resulting vacuum is filled by other actors. Key institutions would be weakened and destructive forces had. Some American allies will have no choice, and they for the insurance you will begin searching for new partners. Others will try to convince the new administration that the alliances headed by the US still mean a lot to Washington, and that long-term commitment has its own intrinsic value. Anyway, a successful agreement is based on trust, and this requires some predictability. And often that trust is not between leaders, opportunists, and between countries that have common values. Trump administration with its unilateral approach may find that her hand is not the cards, she thought. And when the cards are laid out on the table, it is impossible to pretend that you never played.

But the ineffectiveness of America as the Foundation of security arises from the unpredictability of trump. The US can’t assert themselves in some of the most important world crises. The United States does not just feel the compelled need to avoid direct confrontation with Russia, which they are obviously doing in Ukraine and Syria. It seems that they have also reached the limits of its influence on North Korea.

“If the United States toughens sanctions (including those that were imposed on Chinese banks) to put pressure on China, urging him to coercion of North Korea, or even decided on military action, a major us-China crisis will occur immediately,” the report notes. In other words, economic sanctions being the most simple and easy to USA tool of influence, can lead to a military escalation that Washington will not have the guts. “Strategic community”, as the organizers of the Munich conference call participants, apparently beginning to understand that American power is nothing more than a flimsy bluff. Yes, this power is clearly present, but to use it, it’s impossible.

In 2017 the United States has already are not the pillars on which stands the whole world. Today it is a source of uncertainty and tension. To trump the conventional wisdom took that role another part of the West — the European Union. American and British commentators still persist in defending this view; however, in the Munich report (he is, after all, written in Germany) potential new superpower called the EU. From the point of view of security, at the moment it is nothing more than an attempt to wishful thinking. But the main message of the report is that the increase in threats to European security, especially from the Russian expansionism and Islamic terrorism, is pushing Europe to strengthen unity, which is an important trend.

“When, if not now, the influence of Brussels in the world should go in the top of the agenda?” ask the authors of this document.

Europe is more and more convinced that to rely on the US as a guarantor for its security anymore. Signs of this understanding can be traced to the fact that it increases defense spending — though American military spending is still four times higher than the costs of the EU.

About one-third of Germans and French want their country to spend more on the armed forces. Poland and other Eastern European countries is clearly for an increase in military spending.

But money alone is not enough for Europe to defend itself. She needs to develop the integration of the armed forces, and this requires optimization of the procurement process. In the European armies too many different weapons systems. There are 17 main battle tanks, while the US has only one. There are 20 types of fighters, while the US has only six. In Europe 13 types of missiles “air-air” and in America there are three. To restore order in this sphere is extremely difficult, because upgrading is costly, but European politicians are unable to prevent the decline of the defence industry in their countries.

Carry out military cooperation with NATO is also difficult. Without a dominant player, what are the United States, this area will always be much debate and controversy, especially due to the fact that European countries haven’t completely forgotten the long history of their wars.

For these reasons, the transformation of Europe into a superpower today seems long and thorny way. But the fact that the organizers of the Munich conference considered it necessary to discuss this question, shows that this is not an impossible dream. If the American dominance in the world will continue to weaken, Europe will have no choice.