Vladimir Putin seems fed up with the epidemic covid-19 — this week he brought back all Russians to work and announced that six weeks of complete quarantine is over. Responsibility for when and how to remove the few remaining restrictions left in the hands of regional leaders. But the wave of coronavirus in Russia has not diminished — the number of patients is increasing every day. Mainly in Moscow.

Why Putin is in such a hurry?

“For the first time in my entire political career, Vladimir Putin was faced with a problem that he cannot control and which destroys all his plans,” said BBC political analyst Nikolai Petrov. This spring, Russia had to vote in a referendum on changing the Constitution. With it Vladimir Putin had to remain for two terms.

But instead, the 67-year-old leader had to leave in his Moscow residence after he visited the hospital where treated infected covid-19 — despite full protective equipment, he was in close proximity with the disease. The doctor showed Putin the medical establishment after he removed a protective suit, had contracted the coronavirus.

Forced to isolate themselves, the Russian President had to carry out their work through video and huge monitor. At this point his approval rating society has fallen to 59%. He had never been so low. It was evident that during the long boring video conferencing Putin.

“Putin wants to finish his plan,” says Petrov. The reform of the Constitution even in the face of a pandemic regularly advertised on television and on huge billboards. “It’s like he caught when he jumped over the fence — not a very comfortable position,” — added Petrov.

The day when Putin announced the end of restrictions in Russia there were the greatest number of new infections coronavirus infection. Since then, the number of cases decreases, but it remains high. The number of infections is 250 thousand, which puts the country in top positions of the ranking by the number of patients with covid-19. But the authorities do focus on the positive — at least according to statistics, the mortality rate of coronavirus in Russia is below 1%.

“It shows that our health care system is much better than in the United States — said the Chairman of the State Duma Vyacheslav Volodin. — In Russia was only 2 thousands of 212 deaths. We must be grateful to our doctors and President working day and night.”

Of course, the low level of mortality raises suspicions that Russia falsificare the death toll from covid-19. But the authorities remain adamant that such information is “fake news”. However, the mortality rate in Moscow is much higher than in the same months over the last five years, which indicates a significant discrepancy between the official data and truth.

Low mortality rate is due to another point: in Russia, many people infected died of a heart attack or stroke, and not from covid-19.

What is the lesson learnt Russia?

Russia had more time to prepare before she struck the wave covid-19. Daily make about 40 thousand tests for coronavirus and patients begin treated early, which may have protected the country from the horrors of mass graves and overcrowded morgue. But before the end of the epidemic is still far.

Perhaps, there are cultural differences — while Prime Minister Boris Johnson was coughing during remote meetings, and was a high temperature, and then were on intensive treatment, press-Secretary of Vladimir Putin before he was hospitalized with bilateral pneumonia, alone fought the fever all three days. Dmitry Peskov said that he was sick, despite all taken by the staff of Kremlin’s measures. They even fumigated the documents before passing them to the sand. Sands personally had no contact with Putin more than a month.

It is not clear when Putin decides that to return to the Kremlin is secure. Many Russians, if they have the opportunity, continue to work from home. Some restrictions remain, and when they are removed, can be solved only by the mayor. Many Russians were left without a job or lost income due to the crisis. They want the restrictions were lifted.

“The Russian leaders know that the situation in which citizens are unemployed and have no money, will lead to disaster, explosion. That’s why they decided to announce the end of the pandemic, although it is still not close to peak,” said analyst Lilia Shevtsova.

“The authorities need to win over the coronavirus. Immediately!” she wrote on the blog of radio station “Echo of Moscow”. But the virus is still spreading in the Russian regions, is not considered political aspirations of the Kremlin.

And losses incurred to Putin, is difficult to stop.

“Even if he gets a desired change in the Constitution, it doesn’t change the fact that Putin is now very weak,” said Nikolai Petrov. 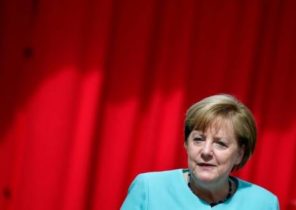