Why most people can drink alcohol? One fascinating theory is called “the drunken monkey”, and it boils down to the evolutionary advantages that our ancestors about 10 million years ago gave the ability to eat fallen fruit, even if they had begun to ferment. But not everyone in the body the same quantity of enzymes responsible for the processing of alcohol.

“Everyone says that Jeppe boozer, but no one asks why” — these words to the old classic the play by Ludvig Holberg (Holberg Ludvig) “Jeppe on the mountain”, written in 1722. Of course, one of the reasons perhaps lies in the fact that his wife has the Same, which is also cheating on him with the clockmaker. But in fact, a causal relationship to find out not always so simple.

For example, the case probably is associated with one enzyme called alcohol dehydrogenase, which is needed to break down alcohol and which is at Jeppe. We need another enzyme aldehyde dehydrogenase. Without it, the alcohol would not bring any pleasure. That’s why drug “Antabus” quite effectively discourages people from drinking, because it inhibits the production of this enzyme. If you drink “Antabus” in a therapeutic dose, with alcohol you will have unpleasant symptoms like headaches, palpitations, nausea, vomiting and so on.

This variant of alcohol dehydrogenase, according to the latest discoveries and theories have emerged from our APE-like ancestors about 10 million years ago. Mutations that remain for such a long time, usually give your mind a particular advantage in terms of reproduction or survival (or both). Hence, there is reason to assume that alcohol was involved in our evolution for a very long time (if indeed this enzyme were not other important functions not related to the splitting of alcohol, even the evidence that is not).

Enough small advantages to make this kind of change, mutation, preserved and spread in the population, as happened from people who lived in for example Europe. Many Asians process aldehyde dehydrogenase has gone so far, and because they have this enzyme often less active.

So what could be the advantage which this mutation from our APE-like ancestors survived and spread? If we imagine that the fruit was an important part of the diet of our distant relatives, obviously, the ability is readily available fallen fruit, which already began to wander, was beneficial. The use of mutagenesis, which allows you to eat began to deteriorate the fruit, of course, not too big, but still significant enough, when viewed at the scale of many generations.

This is only a hypothesis that requires further evidence, but it is plausible and even quite funny, so it’s interesting to imagine how our ancestors have thought of that overripe fruit can be used in more complex ways — forcing them delicious juice.

Chimpanzees and humans an evolutionary split in the period from 6 to 7 million years ago. In other words, a mutation arose early, and, therefore, about the time when our ancestors were adapted to life on the ground below. These are our closest relatives known to be able to create and use tools, and there are theories on how they could use them to consume the fermentation products and alkogolsoderzhaschih palm juice.

The hypothesis of the “drunken monkey” is causing a lot of controversy, but it is really interesting, and more believable I don’t know. If it is fair, intoxication could be something like a side effect, whereas the main from an evolutionary point of view the aim was to simplify the search of sustenance for our ancestors, which are now better tolerated alcohol.

There is much evidence, as can other animals eat something drunk, although stories about moose and intoxicating fermented apples are under question.

But if once the ability to process alcohol, resulting from the operation of evolutionary mechanisms and natural selection, was an advantage, how do things stand now? How alcohol affects health and life expectancy? Of course, we all know that large amounts of alcohol is harmful, but where is the border? We all know many bright individuals who drank a lot, but it still lived to old age, keeping a clear mind. A famous example is Winston Churchill. How much alcohol he actually consumed is not known, but he clearly did not adhere to current recommendations. His own opinion was unequivocal: he’s getting more alcohol than lost.

Another outstanding man who drank a lot, but remained active to a ripe old age is Luigi Cornaro (Luigi Cornaro), who died in 1566, as they say, at the age of about a hundred years. He was an entrepreneur and tried a lot of different classes. Due to distant family connections pulls the nobles. He lived in Grand style and not particularly revered morality, but about 40 years decided to change. He began writing books about his new lifestyle, which also meant a fair amount of moderation in almost everything. From the meat he did not refuse, but in General ate very little. This limited caloric intake is clearly prolongs life and many animal species.

Like Churchill, Cornaro wrote some of his best books at the age of over 80 years — for example, “Talks about the benefits of the temperate life,” which became very popular. Despite this moderation, the wine he drank quite a lot more than the maximum in 14 standard servings of alcohol, which is now recommended health authorities for men. They say he blew at least 20 servings, which is about two-thirds of a bottle of wine a day.

Of course, these are just individual cases, but what really does the science? How much can we drink without harm to themselves and to the disadvantages do not outweigh the subjective benefits? The people find it difficult to conduct controlled experiments with alcohol. As in the case of food, it is not possible to carry out double-blind experience, when not only the subjects, but the researchers remain in the dark about important details of the experiment. So compared to studies drugs everything is very difficult.

Therefore it is not so easy to figure out how much alcohol can be healthy, if use him at all. There’s also the problem of cause and effect relationships. Since experiments on human beings to carry out difficult, often researchers rely on surveys in which people report how much they drink. But in our times, endless leaks have to consider that people often do not tell the whole truth about their alcoholic habits, although to some extent this can be compensated by measuring the concentration of markers of alcohol in the blood.

There are studies on the incidence and poor health, which indicate the presence of the so-called U-shaped curve. This means that most at risk are those who do not drink at all and those who drink a lot. On the basis of this information and based the current recommendations. But once again, the problem in causation: perhaps people today do not drink at all, because used to drink too much or because they are sick, and the disease reduces its interest in alcohol. This problem also exists within epidemiology, where not carried out the experiments, and just look at the statistics. Medical research is most successful when a combination of different approaches, experiments and epidemiology.

With regard to epidemiology, its methods in recent years improved. For example, researchers have resorted to the elegant “Mendeleev randomization”. There are different genetic variants that produce different phenotypes, i.e., characteristics, both physical and psychological. It is believed that a particular genetic variant a person receives by accident, and it can be used as a kind of check on the basis of origin in the framework of a randomized trial — dividing people into those who have a certain genetic variant and those who don’t. Of course, a full randomized study still does not work, because the experiments are not carried out. But this tool is perfected more and more, and so the risk of confusion with the cause-and-effect relationship is reduced.

This method was recently used to study the effect of alcohol on health depend on several variants of aldehyddehydrogenase, occurring in humans in China, where many can not tolerate alcohol. People with this genetic variant became the control group: it is known that they do not drink alcohol at all or drink very little, because a bad feel from him. With their help, managed to form a group of drinkers who adhere to this lifestyle not because sick or were previously alcoholics. Scientists have proved that in this case U-shaped curve disappears: full refusal of alcohol can no longer be linked to some disease and General health. But even small amounts of alcohol immediately increase the risk of something sick.

The researchers concluded that the alcohol simply harmful, even in very small quantities. The idea that in moderation alcohol is good for health, is under threat.

But all is not so simple. As usually happens in such cases, the study has weaknesses. As is known, to the absolute completion of it to bring impossible. The weakness of the work lies in information on alcohol consumption: considering how closely watched citizens in China, the people there might not be inclined to honestly report how much they drink. However, data collection was conducted over a decade ago.

But genes can be pleiotropic effect, i.e. they can provide more effects than originally thought. In our case, we are talking about ability to tolerate alcohol. Perhaps a genetic variant in which a person does not tolerate alcohol, is also associated with reduced risk of a disease for other reasons. In addition, the study did not study red wine, and it is with this drink in the first place is associated with a variety of health effects.

To understand something is for sure, tests are needed. Today in medical and other natural Sciences there is a tendency to skip a stage of the experiments (because they require hard work and expensive) and rely on mathematical models, statistics, and epidemiology. But what you tell patients, if you are a doctor? In the absence of the usual scientific knowledge necessary to act in accordance with proven experience, and since antiquity it is known that it is useful to observe moderation in everything. And maybe better if your alcoholic drink is red wine, not vodka. Hippocrates believed that “wine is an amazing thing, useful for both the healthy and sick person if used in moderation and with consideration of the peculiarities of the individual”. 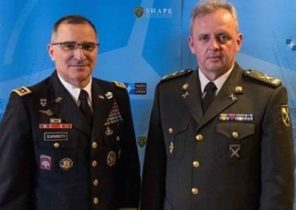