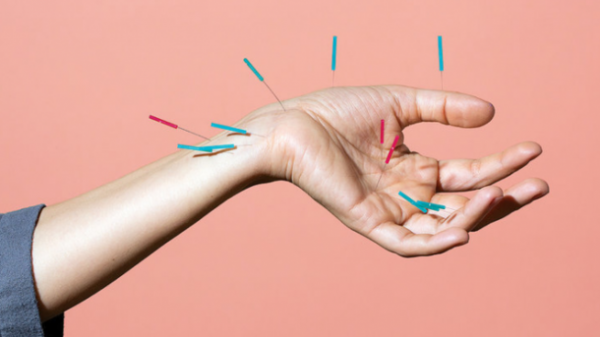 In ancient times acupuncture was used to treat all kinds of pain. Now many consider it nothing more than a placebo. A new study finds a scientific explanation for why acupuncture still works, writes likar.info.

Acupuncture is often used to alleviate various types of pain, from back pain to osteoarthritis and migraines. But does it work? Previous studies have provided mixed results, and clinical recommendations have been quite controversial.

A new study of a group of scientists from the biomedical research Institute LA BioMed, published in the journal “the Evidence base for and alternative medicine” calls the reasons why previous experiments believed acupuncture is a controversial method.

Study of the effectiveness of acupuncture

Scientists have developed a painless, non-invasive device for the capture of biomaterial. With the help of this tool they were able to get the first proof that the correct method of acupuncture and the use of heat release nitric oxide from the skin of a person at a higher level.

Dr. MA and his team used a technique called “the small strength and speed of” manual of acupuncture, during which they carefully inserted the needle into the skin of 25 men and women aged 18 to 60 years old for 20 minutes. The researchers carefully put the needle in for 2 minutes or until “de qi sensation” – the feeling of soreness, numbness, distension or pain.

The researchers wanted to study the effect of the needles on the release of nitric oxide in the skin. They recorded the performance through its innovative devices, and monitor changes in the pericardium and lungs, through which passes an important energy of the body.

In addition, Dr. MA and his colleagues have used electric heating to 44 ° C for 20 minutes and studied the state of the participants before and after the procedure. The experiment showed an increase in the level of nitric oxide in acupuncture points.

The authors explain that nitric oxide increases blood flow, which in turn could trigger the release of analgesic substances that cause the skin to feel the heat and enhance the therapeutic effect of acupuncture.

Scientists also used a method in which needles are inserted with high power and high frequency.

Scientists continue to study the differences between these methods of manual acupuncture to understand how effective each of them for pain relief.