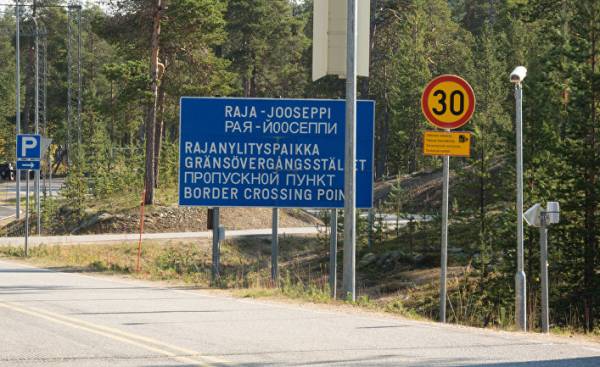 In March of this year marked 150 years since that time, as Russia sold Alaska to the United States. The trade deal considered an important part of the story.

However, few people remember that Finland was also concluded with Russia a deal to sell the territory, which took place 70 years ago. We are talking about the latest change of borders of Finland: in 1947 the USSR was sold to sector janiskoski-Niskakoski.

From the community of Inari was cut off the land in the form of a wedge with an area of 176 kilometers — a territory comparable to the area of Helsinki. On the map, the territory is similar to the tip of the tongue, which almost reaches to the lake Inari.

Not surprisingly, the event was forgotten in the pages of the history books — 70 years almost never spoke. Parliament approved the contract without discussion.

It was about the so-called “buyer’s market”.

After the continuation War at the end of the Moscow peace Treaty the Deposit of Nickel in Petsamo (now Pechenga, approx. lane) was transferred to the Soviet Union, however, hydro janiskoski stayed in Finland at lake Inari. The Germans blew up a hydroelectric station before you leave the area at the end of the war, and the Finns had no money to restore it as need.

The Soviet Union it was. The cost of the territory was estimated at 700 million marks — about 41 million euros. For comparison: the current building is only one third of the Guggenheim Museum in Helsinki is more expensive.

In fact, Finland did not get a penny. The cost of the site deducted from the post-war debt of Finland to the USSR.

In February 1947, the Finnish newspaper Helsingin Sanomat reported that the talks were “very friendly atmosphere”. However, President Paasikivi used in his diary another word. He was dissatisfied with the Russian called the demands excessive.

At negotiations, the Executive Director of the company Petsamo Nickel, former Minister of justice Johan Otto Sederholm (Johan Otto Söderhjelm) received a special assignment: to draw a new border for a distance of 45 kilometers. Independently, under their personal responsibility. Looks like he was the only representative of Finland in the negotiations, who knew the territory.

In this area lived only four people: deaf fisherman with his wife and daughter and a lone employee of the border. For the evacuation took only one truck.

The transfer of the territory in July 1947, was a modest event. Attended border patrols with guns. No journalists or photographers.

Erkki Innola (Erkki Innola), commander of a border company, announced Russian the ruins of a destroyed vacation homes at highway Jaamerentie near the end that the territory is ready to transfer another country. So the plot of the Finnish territory has changed its owner.

What is here now? Abandoned area, as 70 years ago. In place of the destroyed hydroelectric power station is a newer building with weirs, accessed by a narrow winding sandy road. There is no border checkpoint to find on site did not require special permission.

Now, however, the electricity is supplied in the other direction: the Finns are buying local electricity. Hydroelectric dam, built in the village janiskoski and the river Paatsjoki in Russia, deliver to Finland 0.5% of the consumption of electricity.