Date stolen FSB of the Russian Federation of Ukrainian Pavel Mushroom with Russian girl, Tatiana, in Gomel, who he met in social networks, lasted only an hour. After that the young man was kidnapped by “unidentified armed men”, who were employees of the Russian special services. This is stated in the investigation of “Novaya Gazeta”.

It is noted that the teenagers communicate in social networks January 2017. After six months of communication, the young people decided to live together, and Tatiana was going to issue a passport to move to Ukraine.

As she said in an interview, she always considered himself Ukrainian, and correspondence with Paul discussed the revolution of dignity, armed conflict in the Donbass and the ideology of Ukrainian nationalism. After moving girls in Ukraine young people were going to go to war in the Donbass on the side of ATO forces.

“In March 2017 young man asked her to move in with him to Ukraine. But before that Tanya needs to finish 11 th grade and to pass the exam. The rest of the summer, the teenagers were going to go to the Ukrainian camp for the preparation of the self-defense fighters who found Paul. And then to go to Donbas. “We are together like this. And I was relying in this matter upon him: whatever he decides, will do so, and to go. But the idea was to begin to fight for our views, and then to build a life, a family”… personal messages he continued to send Tanya the links to texts about the formation of the Ukrainian nation, about the events of the mid-twentieth century, about the internal politics of the USSR and Germany of the period. Teenagers were seriously passionate about figures of Stepan Bandera and Roman Shukhevych”, – writes the edition.

At this stage, the correspondence of young people have already been watched by the FSB. First, they forcibly took Tatiana for questioning, deciding to play her meeting with Paul in Belarus in their scenario. The Mushroom itself was aware of the plans of Russian special services, but still decided to go to Gomel.

“Tatiana said that she was offered a deal — at least she saw it that way. She had to come to Paul for a personal meeting, ask him some questions about his plans for the future, and in return, she promised to issue a passport with which she can leave Russia. Tatiana agreed, but told Paul. “We discussed what to do. I was ready to do as he says. In the end, he decided that must be met, otherwise we’ll never meet. And we thought that once they promised (to issue a passport – ed.), it will do so”, – is spoken in the investigation of “Novaya Gazeta”.

In Gomel Tatiana went with her mother. Originally they had planned to spend in the country a few days, but the girl’s mother decided that it would be enough hours. Paul and Tatiana met in Belarus on 24 August.

“The meeting was very quick. We talked about our plans all the time was on his feet, after the road was hungry, he brought me dry noodles. Then my mother went to the side stop, and he and the station, but then he came back to us, we hugged. I gave him my gift, I hesitate to give immediately. Stood for another minute, I asked him to write as soon as he gets home, then he drove our taxi, we left, and he remained standing at the bus stop”, – Tatyana told in the comment to the edition.

Paul was kidnapped by “unidentified armed men” immediately after meeting with Tatiana and drove away in an unknown direction. As it turned out, it was taken to Russia and delivered to Smolensk region.

“After meeting Paul went on foot to the Gomel bus station to take bus to Kiev. The young man was without money, but with a return ticket. On the way to the bus station unidentified men in civilian clothes plunged Paul into a van and taken to the woods, where he was handed over to others. Their a youngster and also could not identify — in the kidnappers didn’t answer. On the new car Paul brought to an unknown building and put in a windowless cell, in complete isolation, kept there, he felt about two days. When he withdrew, Paul was able to understand information materials inside the building that is the police Department of the village of Ryabtsevo in Smolensk region. Then the young man said that his detention will be issued under the laws of Russia. After the design of Paul was taken in Krasnodar”, – the newspaper writes.

Earlier it was reported that Russian special services have detained a Ukrainian Pavel Mushroom August 25 – the day after he crossed the border of Belarus and not allow him or the representatives of the Ministry of foreign Affairs of Ukraine, nor a lawyer. The Belarusian side only on 31 August confirmed the fact of crossing the border by Ukrainian Pavel Mushroom at the entrance to Belarus on 24 August.

The defence team came to the detention center of the FSB in Krasnodar, where the citizen of Ukraine Pavel Grib, but the detainee was not allowed. On 13 September it was reported that Russian media announced the arrest of Paul Mushroom court of Krasnodar for two months.

Russian lawyer Andrei Sabinin, which protects the detained in Russia Ukrainian Pavel Grib, said that the decision to arrest the guy until the 17th of October was an absentee.

Paul said the Fungus, which gets assigned drugs and worry about their health. 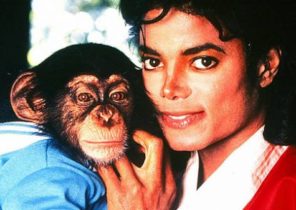