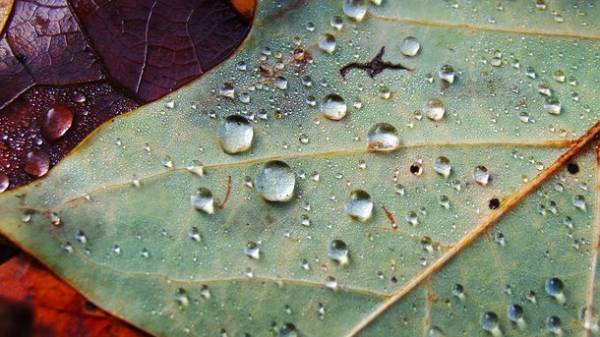 In the coming days, forecasters predict in Ukraine dry and cool weather. But next week, expect rain.

The website “Today” to find out in what regions the rains where it will be warmer and colder.

September 30, on Saturday in Ukraine, without precipitation, partly cloudy. The air temperature will be + 17 (and even then, so “heat” is only in the southern regions). Just colder, according to forecasters, will be in Kyiv (day 10 to 12 degrees Celsius) and Poltava (11 to 13 degrees Celsius). 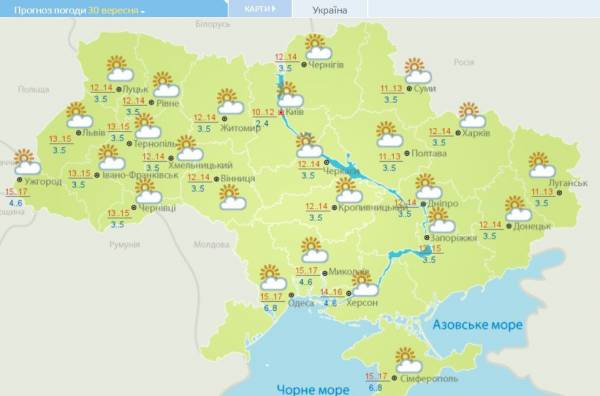 October 1, Sunday the thermometer column will fluctuate almost in the same range. So, in the East. If in the West the day will be from +12 to +17, in the center and Eastern regions – from 11 to 13 degrees above zero. 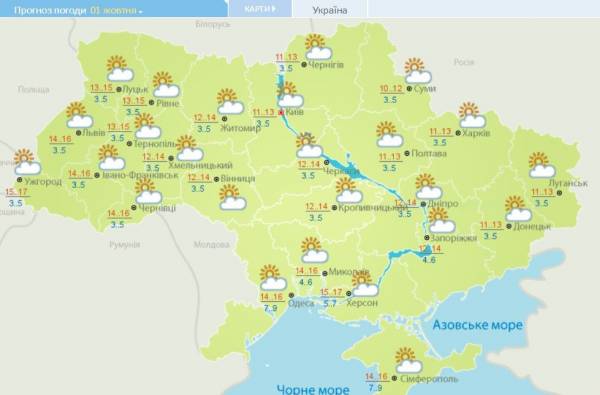 October 2, Monday Ukrainians again waiting for the cold, dry weather without any drastic changes. So, in the North of the country the average temperature will be 11-13 degrees above zero in the South – from 14 to 16 degrees Celsius. In the center – from +11 to +14. Colder will be in Sumy region (10-12 degrees above zero), and the highest temperatures – in the Transcarpathian region (from 15 to 17 degrees Celsius). 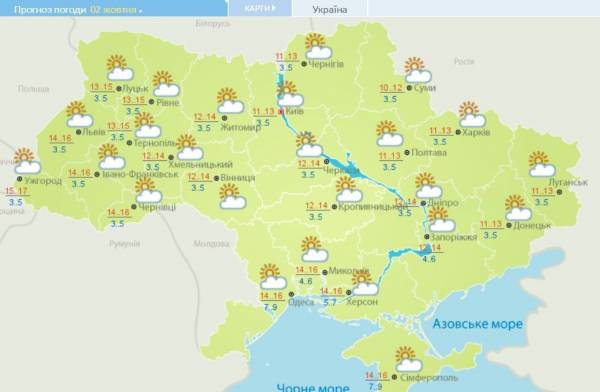 October 3, Tuesday, in Ukraine, comes the autumn rains. However, will be pouring just to the West of the country in Zakarpattia, Volyn, Lviv, Ivano-Frankivsk and Ternopil regions. The day temperature will make from 13 to 15 degrees above zero. For the rest of the country weather will not change – the average temperature will continue to fluctuate in the range of 12 to 16 degrees Celsius. 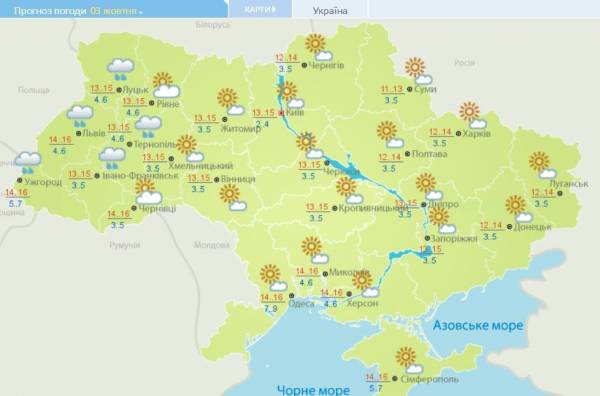 October 4, Wednesday, rain will continue to “offensive”. Precipitation, in addition to Western regions, are expected in the centre and North. At the same time, the rains will bring noticeable cooling, and the average day temperature throughout Ukraine will be from 12 to 16 degrees. 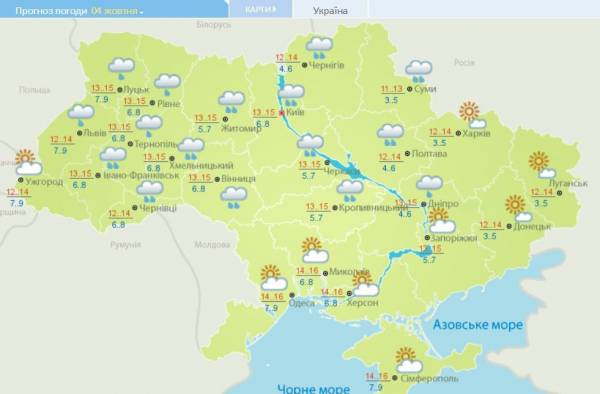 September 30, the commemoration day of saints Faith, Hope and charity and their mother Sophia, informs a portal “Weatherman”. People in this day watched the cranes if they will fly, then the Intercession (October 14) will be cold, no, winter starts later. This time could be the first frost (below 2 degrees). This day can be either rainy and cold weather and clear, Sunny.

1 Oct revered the memory of the Martyr Ariadne. The people this day was called Arina Shipowner, crane. If Arina cranes fly, then on the Cover (14 October) will be the first frost; if not, to Artemiev day (November 2) there will be no frost – “slush stand”. What is the weather for October 1, this will be on 1 April.

2 Oct revered the memory of the martyrs Trophimus, Sabbatius and Zosima the Wilderness-dweller. On 2 October took place the evening Trofimovskaya – choice of suitors. “At Trofim not pass happiness by: where Trofim there and it is him.” This day happened the first snowfall. If to this day a leaf from the birch and oak opal is not pure – it is necessary to wait for the harsh winter.

October 3 marks the day of St. Eustathius of Placidus. In people, this day is called Astafieva winds or Astafy Windmill. Day, as a rule, been windy, and the wind was judged on the weather: if the North wind – close to the cold; South wind – heat; West to the sputum, rain, and East to clear weather.

4 Oct revered the memory of the Holy Apostle Kondrat. Weather on this day is of great importance, because what weather happened on this day – and so will it remain for the next four weeks, that is all of October. However, clear weather that day combined with the North-East wind promises a cold winter.