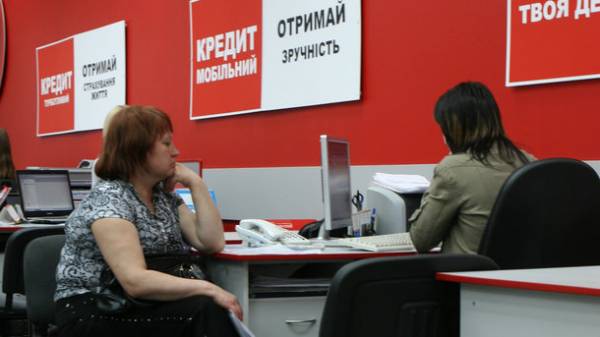 For those who used to borrow, then “forget” about them or to pay not in time, will be difficult and expensive to borrow. The Cabinet and the national Bank are preparing a bill to create a unified state register of borrowers, which should include both physical persons and legal entities. The NBU predict that this list will be this year. Any Bank will be able to know how many people took a loan, paying on time and how much should remain.

WHY. In the national Bank, which will manage the registry, say creating a database — one of the requirements of the IMF. This list will allow the banks to immediately see who of potential borrowers is honest, who is unreliable. And, accordingly, to assess the risks of their lending.

Promise that access to the registry will be provided for banks and for customers. But, for security reasons, the client will be able to find out information only about themselves and not about other people. It is assumed that it will protect by a password or digital signature. “In September, all banks, including those under liquidation, shall submit to the NBU information on their debtors. This will increase the reliability of the banking system, protect the interests of investors”, — explained the press service of the regulator. But, obviously, the full register is only possible when it is adopted and will enter into force on preparation of the draft law of the Cabinet.

HOW WILL. Economist Ivan Nikitchenko believes that interest on loans has become less as it will have a Central credit Bureau, working by the same rules. Now in Ukraine there are three active credit Bureau that get in not all loans, and some banks do not have access to all the data.

“Incomplete registry will not register, says the President Ukranalittsentra Alexander Ohrimenko. Also, despite assurances to the NBU, the registry would not be legally able to work as Parliament will amend the laws on the protection of personal data, can reveal information about borrowers, the law on banks and banking activities, financial services. Regarding rates, ideally, they can be reduced to the level of inflation plus 1-2%”.

Bankers support the creation of a single registry, but they say that it will not affect the amount of interest on loans. According to managing Director of the Belgrade Igor Lvov, the cost of loans depends on the price of credit (the interest paid on deposits in each Bank and they are different. — Ed.).

“For customers with a good history of possible small individual discounts, but they will not affect the overall picture. Also does not address the question of access to the registry by the credit unions because they do not obey the national Bank and the state Commission on securities. And unscrupulous borrowers credit unions can obtain Bank loan at a low rate, because in the registry, they do not appear” — analyzes the lions.

According to finanalytica running a registry can be created quickly, but to include absolutely everyone who has ever taken a Bank loan — it is long. “Most likely, the first to register will get only loans after its launch. To drive back all the old loans will be difficult — a vast array of data, different systems of account at different banks. Because of this, the data should be transferred into the database manually,” explains Nikitchenko.

The opposition to trump Merkel: Nord stream-2 threatened seriously to embroil the United States and Germany