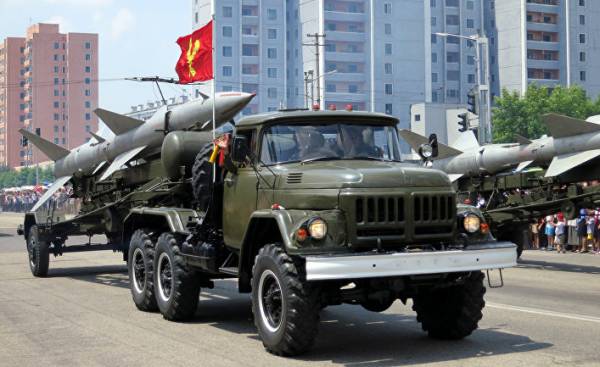 Perhaps the most important and still developing the story last week — a sharp aggravation of the situation on the Korean Peninsula. But Russia is making itself a key player in many of the world’s contemporary dramas, from the French elections before the civil war in Libya is not part of this story. And this is surprising, given that Russia is a direct neighbor of North Korea (the distance from the nuclear test site, Pungere to Vladivostok less than to Pyongyang).

14 APR Russian-led Organization of collective security Treaty (CSTO) held an “informal”meeting in Bishkek, discussed the election of a new Secretary-General. Russian President Vladimir Putin chaired a meeting of his Security Council last Friday (April 21), but the agenda consisted mainly of domestic economic issues and Syria. The Russian foreign Ministry expressed only a vague hope that the US government will carefully study the North Korean issue before taking any action.

Even the Russian leadership is trying to bring the administration of Donald trump to solving this crisis. On 21 April the Minister of foreign Affairs Sergey Lavrov held a telephone conversation with U.S. Secretary of state Rex Tillerson and considered it appropriate to mention a small problem with Russian diplomatic property, but not the topic of North Korea. Russian experts discussed new options for missile threats and Contreras on the Korean Peninsula, but the main media in the country reported on the military parade in Pyongyang (which included several new rocket designs) in pretty bright colors.

In Moscow, as in many other capitals of the world, surely there is no final understanding of the US strategy to exert military pressure on the regime of Kim Jong-UN, who may pose a threat, and can not imagine. There is an understanding that there can be no question of expressing any solidarity with this authoritarian government. However, the partnership with the United States, considered a few months ago, now discarded. The best side effect of that crisis for Moscow is that it diverted attention from the various investigations and hearings in Washington regarding the “Russian ties”team trump; but in the coming weeks may be disclosed new evidence.

Perhaps the most unpleasant fact for the Kremlin is the fact that the basic format of the solution of the North Korean crisis was passed at a recent meeting in Mar-a-Lago presidents Donald trump and XI Jinping; and Beijing has not expressed wishes to discuss these questions with its “strategic partner”of Moscow. Putin is not seen si since November last year and haven’t talked to him on the phone for several months; no Prime Minister Dmitry Medvedev or defense Minister Sergei Shoigu was not in the recent contacts with our Chinese colleagues. Last week Lavrov met with Minister of foreign Affairs of China Wang Yi, but in the official transcript of North Korea is not mentioned. Russian officials claim that the partnership had reached “unprecedented heights”, but actually in Russian-Chinese relations are experiencing a deep stagnation. And Beijing is increasingly convinced that Moscow can do nothing to assist in curbing the potentially catastrophic North Korean threat.

The results strongly Moscow’s stated “pivot to the East”to date have been quite modest. However, Russia has recently tried to show all their military power in the Asia-Pacific region: the cruiser “Varyag”arrived in the capital of the Philippines, and President Rodrigo Duterte examined anti-ship missiles “Basalt”. Meanwhile, the Russian defense Ministry made a rather strange statement, denying reports about concentration of troops on the border with North Korea and explaining the withdrawal of the previously planned exercises.

Moreover, strategic bombers Tu-95 “Bear”has made four flights in one week towards Alaska, violating the usual route on patrol. But the 35-year-old Varyag may soon require a more lengthy repair, the aircraft carrier “Admiral Kuznetsov” after his combat deployment in the Eastern Mediterranean at the end of last year; the aging bombers “Bear”is also subject to wear and accidents. Therefore, it is unlikely East Asian neighbours were particularly impressed by these demonstrations.

Moscow cannot fully understand how reciprocal trade concessions contributed to a new U.S. cooperation with China to force North Korean regime to behave correctly. The Russian leadership had expected American missile strike on Syria, made at a time when si was a guest at Mar-a-Lago, will be seen in Beijing as a serious insult. But no external signs of such a disturbance there.

In fact, the main effect of this air strike was undermining confidence in Russian support for the regime of Syrian President Bashar al-Assad, which was to move the majority of their air forces closer to the Russian base near Latakia, where they could be safer in case of new attacks. Promises to strengthen the air defense system of Syria is still only talk. Perhaps the most disturbing political event for Russia was the absence of China in the vote in the UN Security Council on the draft resolution condemned the use of chemical weapons in Syria; that is why Moscow was forced to use its veto alone.

This subtle signal from Beijing showed that the Kremlin will not be able to compensate for their weakness in the geopolitical maneuvering around the North Korean crisis by playing on their supposed strength in the area of the Syrian war. Russia must also recognize that support for ostracized Assad has become so harmful to its international reputation as the understanding with the reckless North Korean regime. The Kremlin may not realize that characterizing the sanctions against North Korea as “irrational and useless”, he actually criticizes China.

The Russian government also may not fully understand that its international isolation has reached a new bottom, and Moscow continues to dig this hole. This situation of course provides the Russian military and various propagandists, but the damage to the international status of Russia is growing.

Pavel Baev, a political scientist, Professor at the Institute for peace research (Oslo). 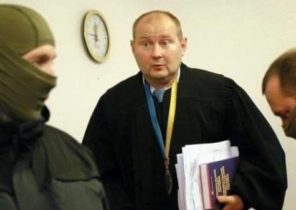 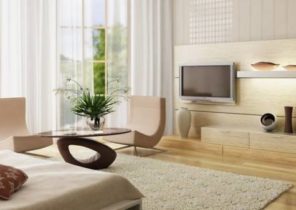