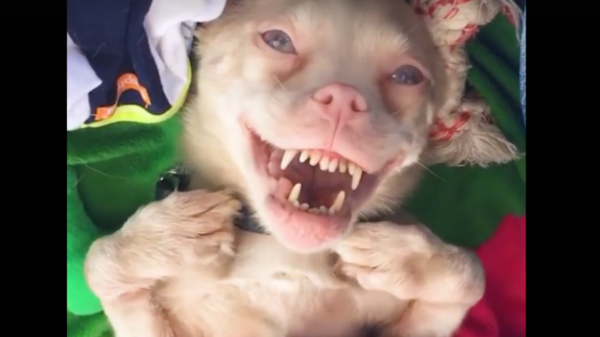 This dog breed Pinscher’s name is Tucker. He was born with a rare disease – mucopolysaccharidosis type VI . That is why it looks many people frightens and repels.

Owners Tucker created his account on the network Instagram to prove to others that their pet is no worse than the rest of the animals.

Photos of doggie pick up a huge number of “likes” and comments on the network. People regret that his destiny was to face such a difficult test: Tucker is sick front legs, and problems with eyes, but apart from that he is very happy and cheerful.