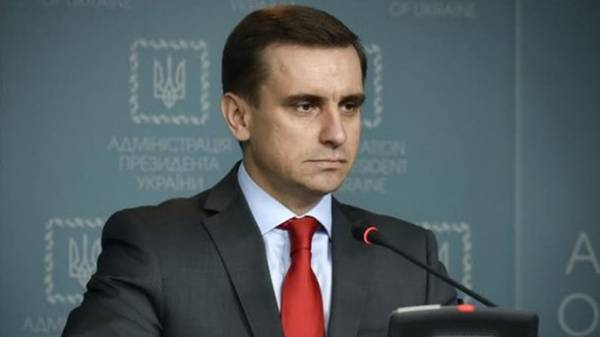 Yeliseyev noted that the sanctions against Russia should remain in force as long as the Minsk agreements are fully implemented.

“That’s why we want all German politicians remained vigilant and do not speculate, did not make any irresponsible statements that will not stop the aggression, and, in contrast, will promote and encourage the aggressor,” – said the Deputy head of AP.

We will remind, foreign Minister of Germany, Sigmar Gabriel, called for the lifting of sanctions against Russia, even before the full implementation of the Minsk agreements.

“There is no reason to wait, only when he (peace Treaty – Ed.) will be performed, we will remove sanctions. Let us at least reach the ceasefire and to take heavy weapons, and then as a reward remove the sanctions and help rebuild Eastern Ukraine”, – said Gabriel.