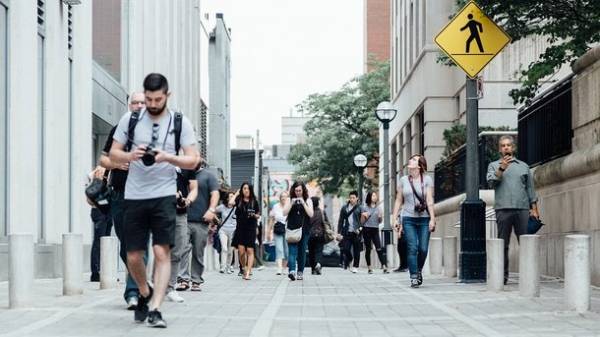 The most radical change in the consciousness of Ukrainians took place in 2014, and it is primarily about a sharp change in foreign policy orientations. This was stated by the sociologist, senior researcher at the Institute of sociology of NAS of Ukraine and the head of the Foundation for Democratic initiatives name Ilka Kucheriv Irina Bekeshkina, reports “New time”.

“Before, when we were asked, we need to integrate into the EU, we were told. “We need the Customs Union?” – “Need” – “there or there?” Here begins the division. And then here’s this “kunshtyukov” Russia (annexation of Crimea and armed conflict in the Donbass. – Ed.) the Eastern vector has collapsed,” said Bekeshkina.

According to her, having lost confidence in Russia, many Ukrainians began to lean to the positions “we will not need to integrate” or “hard to say”. But, in any case, said the sociologist, there are now two vectors, one to the West.

In addition, said Bekeshkina, changed the attitude of Ukrainians to NATO. ACCORDING to her, if earlier, the population has always been agreed that “we do not need NATO” and even in the West of Ukraine opinion shared almost equally, now the NATO support 78% of Ukrainians – and in the case of a referendum it would be clearly advantageous, I’m sure a sociologist.

“Russia “acquired” Crimea, but lost Ukraine. Have everything” – said Bekeshkina.