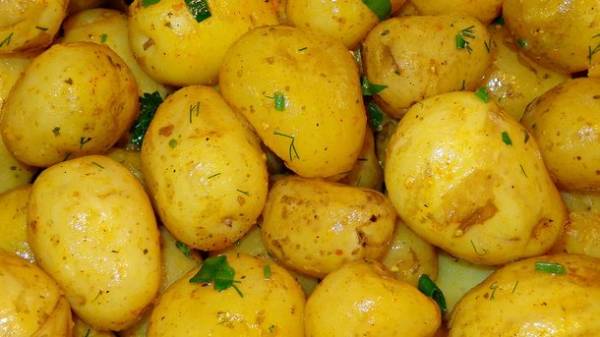 The topic of no carb diets has captured the minds of many dieters, but the nature of carbohydrate is actually very complicated and the demonization of whole food groups completely not reasonable, says The Independent.

According to nutritionist Rhiannon Lambert, cleaned, and complex carbohydrates is very different and it is important to distinguish between them. Many studies have shown that resistant starch (found in carbohydrates) will help you to eat less, burn more calories, feel more energetic and more able to cope with stress, lower cholesterol.

Of course, oatcakes and pastries – the same as carbohydrates, but choosing the first, you will longer fed and filled with energy. If you want to eat carbs and lose weight, you should know something about them.

Let us take potatoes as an example – Lambert calls them a “nutritional powerhouse”. There are potato chips or French fries are fried in a large amount of vegetable oil, and there are baked potatoes with olive oil and rosemary. The difference is tremendous.

Can sedate to 100-150 grams of carbs a day. Such a diet, for example, may include several pieces of fruit and even a small amount of whole starchy foods such as potatoes.

There are many different types of sugar, including glucose, fructose and galactose. Although starches, such as corn and potatoes, in the digestive tract to be metabolized into glucose, raising blood sugar, but the amount of sugar in the potato is not as big as in chocolate.

The people following low-carb diets often eat foods high in fat and calories. But remember, even good fat in too large quantities can cause problems with weight gain.

Fiber is important for healthy intestines, which is associated with maintaining a healthy weight. Some studies even have shown that fiber, particularly soluble fiber (for example, those found in oats) can lead to weight loss and reduce cholesterol.

Life without carbs makes you irritable. This is because carbohydrates play an important role in the creation of serotonin, the “happy” hormone.

“One of the amino acids (building blocks of protein) tryptophan plays a key role in this, says Lambert. – Tryptophan is converted into serotonin, serotonin into melatonin, which is involved in our sleep cycle. It makes us happy and help you sleep better, and this is an important factors for weight loss”.