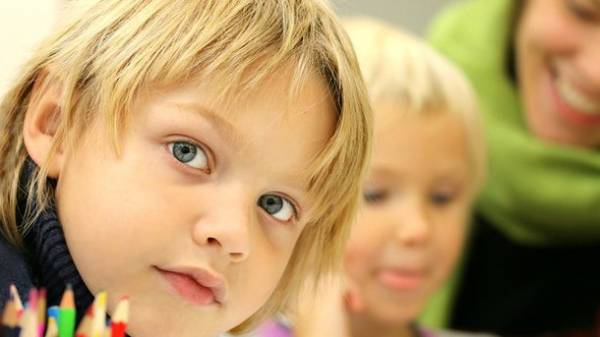 The Ministry of education and science of Ukraine States that the rate of language learning in the Verkhovna Rada adopted the law “On education” with the Constitution of Ukraine and the European Charter for regional or minority languages.

According to the explanation of the Ministry of education, the law “On education” on 5 September 2017, the Ukrainian Parliament adopted 255 votes, contains article 7, which regulates the issues of language education.

“The wording of article 7 of the law of Ukraine “On education” in conformity with the Constitution of Ukraine and Ukraine ratified the European Charter for regional or minority languages”, – said in explanation.

According to the Ministry, Ukraine in the languages of national minorities there are about 400 thousand children in 735 schools, and, as a rule, in such institutions the Ukrainian language is studied only as a subject.

The Ministry of education “has to admit that there is a strong tendency to a reduction and deterioration in the quality” of school education among children from schools with instruction in languages of national minorities, which is confirmed by results of external independent evaluation (in 2016 for 60.1% of students from the Romanian and Hungarian minorities are unable to successfully pass the test on the Ukrainian language).

The Ministry notes that this situation leads to the violation of the constitutional rights of children for admission to educational institutions, so it is important to expand the teaching of subjects in state language in minority schools.

“For the first time in the history of independence at the legislative level expanding the volume of training in the Ukrainian language in state and communal educational establishments where teaching is in the languages of national minorities”, – stated in the explanation.

Starting September 1, 2018 preschool and primary education children can obtain, in the language of national minorities, while simultaneously studying the state language.

For children who are currently studying in the languages of national minorities, provides for a transitional period until 1 September 2020. These children will receive secondary education, with a gradual increase in the number of educational subjects taught in the Ukrainian language, and by 2020 should start teaching in the state language.

Recall, September 7 Minister of foreign Affairs of Hungary Peter Siarto said that the new law on education in Ukraine is contrary to the values of the European Union. “We believe it is shameful that the amendment seriously violates the rights of the Hungarian minority. It is shameful that a country seeking closer ties with the EU, passed a law that directly goes against European values,” he said.

As reported, on September 5 the Verkhovna Rada adopted the law on education, which begins the education reform in Ukraine. The law, among other things, determines that the language of the educational process in educational institutions is the state language.