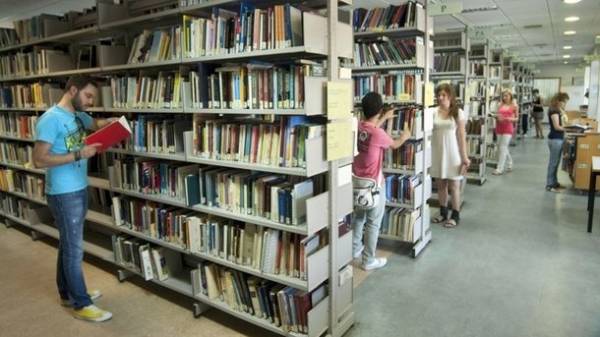 For Ukrainians Cyprus is primarily associated with the holiday, and very cheap. And often we think that where people live, raise children, receive education and work. Meanwhile, the education system on the island in the credibility not only from local residents, but also is considered strong among foreigners: they come here with almost the whole world.

Among the benefits of mastering several languages (Greek, Turkish, Lebanese, French, Spanish, etc.) for modern methods — immersion in the environment. In addition, there are many universities there is the possibility of obtaining a double diploma that does not require confirmation. What is the study of the Cypriots is different from ours?

Competition of children and the choice of the way

The first stage of exploring the world and socialization for the Cypriot kids is the children’s garden. Few of the parents decides to leave the child at home — adults are trying not to lose my job (life on the island is quite expensive). “Basically, kindergartens (most of them are free, but there are private, costing $8-10 thousand per year) accept children from 3 to 6 years full time. The children here receive information about the world, and also train memory, learning poems and doing crafts. In the end, all come with a certain level of knowledge, understand basic things and are able to give examples of different feelings (just heard of fairy tales), such as kindness, despair, concern, revenge, flattery, etc. Home to prepare the child’s parents difficult: this is another incentive to go to kindergarten. Children’s institutions a lot of the program is almost the same, so from birth, as we do, there’s a line don’t take” — told us Ukrainian living in Cyprus, Alina Siskin.

At the age of six children are in primary school (also mostly free, and in private cost — $13-15 thousand a year). “In grades 1-3 children learn to read, write and count, and in 4-6 added the classic disciplines: physics and mathematics cycle, Economics and languages. The latest in great favor of the parents: each tries to take the maximum number of languages (3-4) that the issue was broader field of activity. And the economy is one of the most important things which are taught to count money (loans, deposits, mortgages, rates, etc.), explain who, for what and how much you have to pay taxes and even affect the macroeconomy. The belief of parents is that the child should know the languages that are suddenly going to work in tourism and know the expense of money and its laws”, — explained Alina, citing the example of his daughter Sara, who is studying in 6th class in four languages.

A LITTLE OLDER. Studies in the 6-9 classes is considered mandatory (called “lower school” and can be paid about $15 million per year), and here all subjects are studied in depth. The next stage — higher secondary school focused on certain subjects and specialty (type of Ukrainian vocational schools/College). Such a school often optional and paid ($15-17 million per year). After it is possible to get a “routine” work and its successful end — almost a guarantee of admission to the University. “Most of the state universities, but private (up to $25-35 thousand per year) in some degree popular. They offer specialty, which on completion will provide a prestigious and high-paying jobs: hospitality, business management, engineering, medicine. High competition in universities that offer double degree — Cypriot University and a partner University from another country. If the student is in this learning, he provided foreign travel and almost always practice, and thus work,” says Alina Siskin.

Description provide database of landlords and control the living conditions

DESCRIPTION. Usually the student is either provided with accommodation from the University (if the state), or can rent a home and qualify for 50% reimbursement of this amount from the University. Commercial universities “balls” no no. “In high school with any form of training will help you find housing. It looks like our “watch” in the main lobby of the Central buildings, which landlords leave their contacts for tenants. Only in Cyprus the system has long been in the Internet on special sites exhibited options. Over occupancy and conditions of the following administrators, complaints are recorded, and for fraud or noncompliance with housing will put on the website. She encountered this when I was in my last year at the international school in Limassol,” — told Alina Siskin.

Library and “buns” for your efforts in study

Another difference, pointed out by our compatriots who have studied in Cyprus receipt. For this you need a high school diploma, academies of listen to the subjects/hours and successfully passed the international exam. If enrolling, the student realizes that the language could be tightened — can take courses at the University (within $1 thousand per semester). And, by the way, to study from the first semester optional course can be started at any semester of the year.

STUDY. The learning process is reminiscent of our classes, lectures, seminars, practice, consultations, exams. The training program is based on credit hours. “For high credit score the student can get a scholarship — amount varies depending on the University itself and scholarship programs. Universities in Cyprus there are many preferential programs: athletic scholarships, assistance for low-income, etc. Training friendly to the student debt can be taken at a convenient time the teacher will try to adapt the library — free, long working time, free consultation to teachers, working lab with free Internet, for those who combines work and study, there’s your schedule, etc. “To the students who come to consult, with respect, as they are indifferent to school and found time to work further”, — explains the interlocutor. 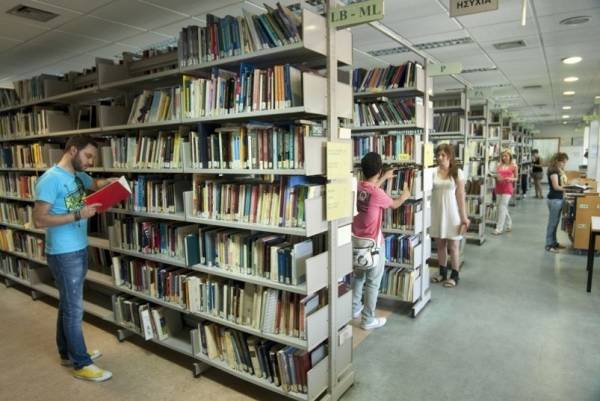 Athletes. Can apply for the scholarship for success