Ukrainians this fall will reconsider social standards will increase the minimum pension and the subsistence minimum. In addition, the fall will come the first bills for heating, and the dollar will increase in value against the hryvnia. The website “Today” figured out how it can change the life of Ukrainians in the next few months.

Social standards index, but the minimum wage is not touched

The minimum wage, pensions and a living wage Ukrainians raise twice a year – in may and December. This year the second phase of increase of social standards plan to move in October. Indexing decided to “bind” to the “modernity” of retirement. Thus, while the government will increase pensions for most Ukrainians. According to the law, the indexation should cover the price increase. In this year’s budget revenues were planned to increase by 10.2%, while inflation is envisaged at the level of 8.2%. However, the real growth rate of prices was higher. According to experts, this year inflation will reach 12%. 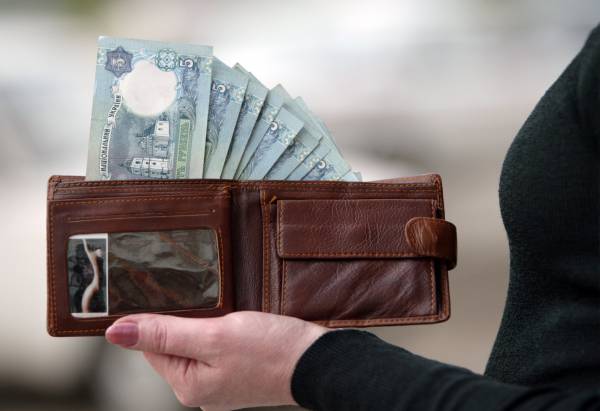 “The forecast inflation of about 8% in 2017. According to the results of the first half shows that this indicator will not be achieved. We can say that inflation will be in double digits. I think it will vary between 12% with a possible error of 2 percentage points,” predicts Executive Director of the International Fund blazer Oleg Ustenko.

“The forecast inflation of about 8% in 2017. According to the results of the first half shows that this indicator will not be achieved. We can say that inflation will be in double digits. I think it will vary between 12% with a possible error of 2 percentage points”, – says Oleg Ustenko.

The minimum pension in September will increase from 1373 to 1312 of the USD, and subsistence minimum for able – bodied- from 1624 to 1700 UAH. As has informed earlier “Today”, to a living wage tied to a number of benefits, including the subsidy for the unemployed Ukrainians.

At the same time the minimum wage this year to revise the plan. In January she was promoted to record for a few years 100%. From 1600 to 3200 hryvnia. The next increase is expected only in 2018. But the average salary will rise and fall, I’m sure an HR expert Alexander Belous. According to government estimates, already in the autumn the Ukrainians on average will receive more than 7,400 USD. However, the average salary takes into account only the official income, and wages, for example, in the capital and in the Ternopil region differs exactly twice. Read more about how much money Ukrainians can be found here.

The heating season at the start

In October traditionally kicks off the heating season, after a few months, the Ukrainians will come first bills for heat. This year an unpleasant surprise waiting for subsidianes: reduced social standards, and now have to either save or pay more. By the way, the municipal discount will be able to use the estimates of the Ministry of social policy, about nine million families – more than half of all households in Ukraine. Others will pay full price.

If the Cabinet, as promised, Prime Minister Vladimir Groisman will not raise gas prices, and heating is not expensive. Note, most suppliers to generate heat burns gas, their rates are about 70% dependent on the cost of natural gas. Approximately the same situation and with hot water. 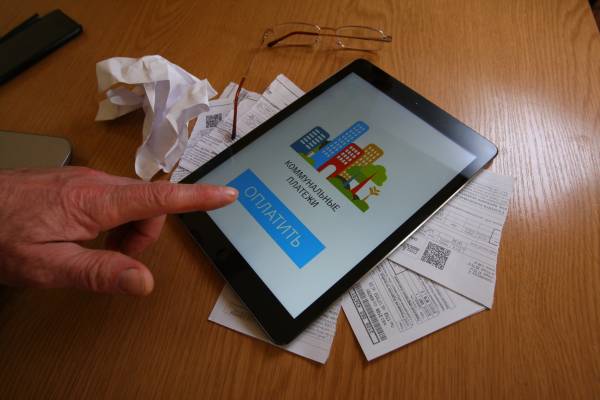 Speaking of gas, the Ukrainian authorities in the Memorandum with the IMF has pledged to introduce by the beginning of September, the monthly fee for gas. However, the meeting of the national Commission, which discussed this innovation, frustrated activists. And the procedure before taking the decision, the Commission must hold a public hearing, to consider all proposals, to hold an open meeting will be delayed for a few months. In the best for NKREKU case, the monthly fee for gas will be able to enter in October-November this year. By the way, membership fee, as stated in the same Memorandum, to enter and for heating. Then part of the cost of heat will redistribute the entire calendar year.

The dollar may exceed 28 hryvnia

On the Euro exchange rate in Ukraine affects primarily the relationship between the dollar and the Euro. The weaker U.S. currency against the Euro, the Euro more expensive for Ukrainians. As a senior analyst at “Alpari” Vadim Iosub, this year the dollar/Euro rose from 1.03 to 1.19 – dollar “lost” in the price almost 15%. This trend is due to several factors. First, the European economy is growing faster than experts predicted, and the us – on the contrary. Second, the dollar exchange rate affect the political situation in the United States. In the fall of the dollar/Euro will change their places. The Euro in Ukraine will be cheaper, and the dollar – to go up. Analysts of “Alpari” predict the fall of the strengthening of the hryvnia against the Euro to 28.5-29 hryvnia. “The future behavior of the Euro in Ukraine will continue to fully depend on fluctuations in European currencies to the dollar. A very probable correction of the Euro after such a long period of growth, and this means that the Euro can fall in price in the fall to 28.5-29 UAH”, – says Vadim Iosub.

“The future behavior of the Euro in Ukraine will continue to fully depend on fluctuations in European currencies to the dollar. A very probable correction of the Euro after such a long period of growth, and this means that the Euro can fall in price in the fall to 28.5-29 UAH”, – says Vadim Iosub.

In order to perform a set in the state budget indicators for the USD since September gradually up to the level of 28.5 hryvnia to the end of the year, said Executive Director of the International Fund blazer Oleg Ustenko. According to experts, the devaluation of the hryvnia against the dollar is “inevitable”. However, really difficult for the national currency times will come next year. For 2018 and 2019, Ukraine should regain about $ 10 billion of loans. For comparison, the payments this year amount to only $ 2.6 billion. In order to keep the hryvnia next year to replenish the gold and foreign currency reserves needed now, says Oleg Ustenko.

“If the NBU is to give the hryvnia to strengthen, more aggressively increased their gold reserves, it would, I think, correct,” – said the Executive Director of the Bleyzer Foundation.

At the same time, the head of analytical Department of Concorde Capital Oleksandr Parashchiy believes that the dollar in Ukraine will go up gradually and by the end of the year will reach the mark of 27 hryvnia. The reasons for a sharp devaluation in September the expert does not see the situation on the commodity markets for Ukraine are favorable, the price of steel, ore and grain high.